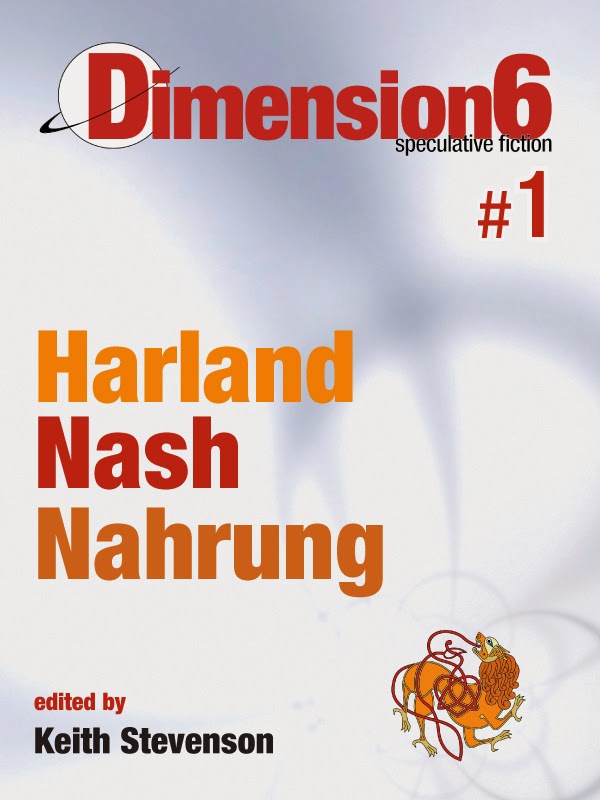 The inaugural issue of Dimension6 will be distributed free from Friday, 4th April, (EDIT: Now available!)  on the Coeur de Lion website as well as a number of mirror sites around the web. The eZine will be published thrice yearly.

Dimension6 is an exciting new project by award-winning editor Keith Stevenson (Aurealis, Anywhere But Earth, X6). Keith, in an interview on Angela Slatter's website, states: "... I’ll continue to source the best stories I can find from new and established authors. With only three stories an issue, I can afford to be choosy."

I was fortunate enough to have had one of my stories selected for the nine slots available in the first year. The Last Of The Butterflies will be published in October (issue #3). I'm completely thrilled to find myself alongside the eight other names, including many I would consider inspirations and unofficial mentors. So unofficial, in fact, they probably don't even realise it. And, of course, I previously worked with Keith when he published So Sad, The Lighthouse Keeper in Anywhere But Earth.

Keith: "My initial reading period in January really took me by surprise and I was able to fill the first three issues from the submissions I got. So I know for sure that the next two issues will bring you stories from Dirk Strasser, Cat Sparks, Rob Hood, Robert Stephenson, Alan Baxter and Steve Cameron. With Richard Harland, Jason Nahrung and Charlotte Nash in issue #1 that’s one hell of an impressive line-up for our first year!"

Check out the complete interview here. Angela has interviews with the writers for Issue #1 during this week.

Ah Keith, thanks for including me. Did you notice how quickly I returned those contracts just in case you'd made a mistake?
Posted by Steve Cameron at 8:34 PM

Wow, congratulations. It'll be very cool to see you name on the cover if they do it in a similar style :)

Thanks, Gitte. I'm thrilled by the sale and looking forward to reading issue 1 on Friday.