The Elasticity of Time. 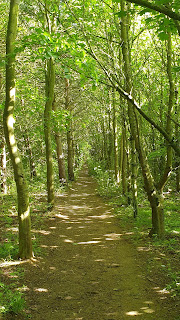 When I was in primary school, in the early 70s, my friends and I played soldiers - both physically acting out scenes as well as with our toy Airfix soldiers. I don't know if we were truly aware of what was happening in Vietnam, but I don't think it even entered our consciousness and, and so we always played WW2 soldiers, and being British immigrants, watching shows like Colditz, and reading those WW2 comics, we always played British soldiers fighting the Germans.

The early 40s seemed so long ago to us, a world from another time, a time when the world was dismal and black & white. It was a time my mum and dad had been kids and told stories of their lives during the war years. I couldn't imagine how long ago that was. And yet it was only 30 years earlier.

Sitting here in 2021, and subtracting that same 30 year time period, I think back to 1991 and it's not that long ago or remote. It seems quite bizarre to me that the time in which I played those soldiers is almost 20 years further in time than those thirty years between the war and my primary schooling.

It all seems very strange. Where has the time gone since then? How can it have passed so quickly?

As I sit here writing this, I'm listening to an album of mid 60s music (no, not Beatles). A psychedelic collection of tracks and artists that are now largely forgotten. A collection of songs that is around 55 years old. And if I take it back to when I was a child playing soldiers, it would be comparable to my Dad actively and frequently listening to music from around 1918.

I do listen to current music, I read current science fiction and fantasy. A lot of both, actually, but I must say the music and the SF of the 60s, 70s & 80s, are the ones I hold closest to my heart.

And I suspect I'm not alone.

Posted by Steve Cameron at 12:34 PM No comments: