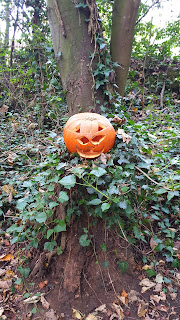 I've always loved the mystery of UFOs. I remember as a child reading and loving a story about a boy who saw a cigar-shaped object land in the field next to his house. It had bright lights and (I think) creatures who got out and walked around. He watched from his bedroom window as they explored, then left. In the morning he thought it was a dream, but there were depressions in the soil.

Not much of a story, I admit, but at the time it captured my attention and interest. I would love to revisit it, if anyone can find it. It was illustrated and in one of those children's annuals. I seem to recall the book was A4, red in colour and...  well, that;s about all, really.

But I never lost my interest in UFOs. I even watched one once, back in Tokyo. Observed it for about 40 minutes. No idea what it was. Alien visitors? Probably not. But it had unusual movement and remains unidentified as far as I'm concerned.

Recently I watched a few documentaries about UFOs. There was one about Bob Lazar and his Area 51 stories, another about Rendlesham Forest, yet another about Dr Steven Greer, and the TV episode about the Berkshire, MA sightings. Fascinating. Not sure on Greer, many questions about Rendlesham (particularly the notebook and the binary code), but much happier with Lazar after many years of doubts. And the Berkshire story is just amazing.

When I was a teenager, there were two stories which were huge in Australia - the disappearance of Frederick Valentich, and the Quentin Fogarty videos of the Kaikoura UFO incident. I won't go into details on these, as google is your friend.  But I recently revisited the original news reports on these, as I hadn't seen them since the 70s. I watched a documentary on Valentich, and read a bunch of websites.  More questions than answers, for sure.

I know a UFO researcher, and I managed to have a brief chat with him about some of these.  I checked out some of his videos, and plan to watch more. And I really need to read some of his books.

Mysteries indeed. And some that may never be solved. But for now, like Fox Mulder, I want to believe.

Posted by Steve Cameron at 7:17 PM No comments: I love my Australian Rules Football. I hold an international membership, watch every game I can through a streaming service and am happy to discuss the game with anyone who cares to join in. In this part of the world, this is not something that occurs very often.
I've supported my team, the Essendon Bombers, since I was about 5 years old. My uncle and aunt were Essendon fans, and they took me to a couple of games. Those were some lean years, but I had a life size poster of Des Tuddenham, and was proud of the red and black.
When I returned from Japan in the late 90s, I started attending matches fairly often - usually with my cousin and her then boyfriend (now husband). And we were a powerhouse. A strong team who played with determination, aggression and skill. Somewhere after 2001 it all went wrong, and we've occasionally risen to mediocre since then.
This year we had high hopes, which once again were dashed as we floundered in the bottom half of the ladder, missed out on the finals, and heard the same old excuses from our coaches. And , like many other supporters, I'm tired of it.
Seriously, how can the players be adjusting to a game plan after three or four years?
At this present time I don't hold much hope for the next few years. But give it a few months, into trade period and the pre-season, and I'll probably return to my optimistic football self. And hopefully next year will not be a compromised season due to Covid.
Posted by Steve Cameron at 11:53 AM No comments: