Gone, But Not Forgotten By All. 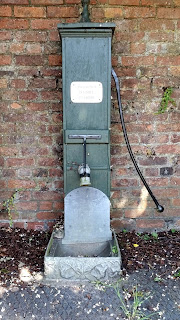 I worry sometimes that we're losing our past, our heritage.

None of these will mean anything to most of you, and even if you are Australian the chances are you won't know them, or at least not have heard of them in a very long time.

These were all musicians in the early 70s. Well known at the time, and some of the members went on to other things. But now largely forgotten.

My last foray into an Australian music store had none of these available. Most of them have never even had their work released on CD. Even if it was, it was generally on a specialist re-issue label for a very short time.

I'm lucky to have a few friends who remember these acts. I also have a group of friends who have ripped their vinyl to CD and share them, as long as the music is well out of print and not available in any format. Yes, their first aim is to protect and support the artist. And that is exactly how it should be.

My dad played a lot of older music when I was young, so I have a love of crooners, big band, brass band, and even some country music. But having taught for a number of years it seems as though the past is largely forgotten by many young people. They were never exposed to it. Occasionally I has a student who would approach me when no one else was around to tell me they'd discovered some amazing "new" artist, such as Hendrix or Nirvana, and wondered if I'd ever heard of them. But these are big names, and I very rarely hear anyone mention any of the artists above, although I Am Pegasus gets the very occasional spin on Australian radio.

We need to make sure we don't lose our Arts heritage, whether it's a novel by George Turner, a Smiley film, or an old album by Blackfeather.

Explore the past. There are some real diamonds in there.
Posted by Steve Cameron at 11:28 AM 2 comments:

There's An Optimistic Vibe In The Air. 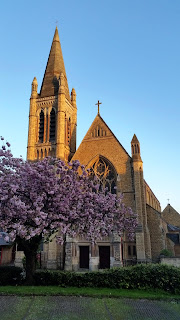 Spring has arrived, later than last year for sure, but it's finally here and making up for lost time. The skies are blue, the flowers are blooming and the grass needs cutting once again.

OK, that last one I'm not so keen on, but at least the grass isn't as tough as the grass back in Australia. Nor does it need cutting on a fortnightly basis.

The change in weather seemed quite sudden, and because of that the longer days also seemed to appear without much warning. One morning I realised I was waking at 5am (or earlier) simply because it was light outside.

For a number of reasons, and I'm sure the arrival of Spring is part of it, I feel really quite optimistic at the moment. I got to work with a spring in my step, a song in my heart, and a bunch of other cliches. Someone even mentioned they'd noticed I was whistling at work last week. I hadn't noticed it myself, although I know I whistle. Fortunately they told me they quite liked hearing it. I have, of course, become quite self-conscious in the office now and have stopped myself a couple of times as I was about to launch into song.

The writing continues, slowly, but this beast is being lashed into shape. I like where it's heading. I hope you will too.
Posted by Steve Cameron at 12:10 PM No comments: