Pieces Are Falling Into Place. 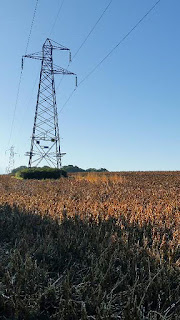 When I was a teenager I loved doing jigsaw puzzles. For some reason I haven't even attempted one in years. About seven years ago, I think, was the last one. I was in a holiday rental in Germany with family and someone started one. We all joined in and had great fun.

Every now and then I think about buying a jigsaw again. I'll often have a look when I see them in shops, or sometimes I'll browse the second-hand ones in op shops (charity shops). I haven't seen any that interested me enough to buy one.

I was shopping with Lindsey in the local supermarket when my eye was drawn to a 1000 piece puzzle. A photograph of boats in a harbour with sandy coloured buildings in the hills behind. I grabbed it, then went through all the others on the shelf. Again, none of the others stirred even remote interest in me, but I loved the harbour scene. I bought it, and I'm really excited about starting it this weekend.

I think I inherited my love for jigsaws from my aunt. She always seemed to be doing them, and I recall her sharing a few with me. There was one in particular she gave me, and it's the only one I recall from my teenage years. I loved that picture, and I wish I still had it. A few years ago I wrote about my search for it. It continues, albeit irregularly. Every now and then I'll get into google, ebay and jigsaw websites trying to find it. No luck so far.

It's a photograph along a cobbled street in Europe, with an outdoor cafe. Set in the late 60s, I think. I think there was probably a harbour on the right, with boats and yachts. Everyone is simply enjoying the sun, eating, drinking. I remember a few people wearing RayBan style sunglasses. No one pays any attention to the camera - except one kid who is gazing directly at the lens, and therefore, at me.


This week I've remembered more. I'm not convinced the street is cobbled. And I'm not even sure it is a street anymore. I think it was probably just a waterfront. There were boats on the right, as I said, but now I remember one of those dark timber speedboats with chrome fittings that seemed so exotic and European when I was a kid. I have a feeling there were other boats, with masts and rigging. Above the cafe I think there were canopies or umbrellas - probably white and square.  And somewhere in the depths of my mind I recall mountains in the background, with a stone square tower nestled among them. I suspect it was between 350 - 500 pieces. My research this week suggests it may have been either a late 60s/early 70s Tower Press puzzle, or possibly a Milton Bradley. Or maybe not. The picture as I recall it certainly had the feel of some of the Tower Press puzzles.

Of course some of the details may be imagined, or meshed with images of other puzzles I did around that time.

Edited to add: Three days later and my research seems to be paying off. I mentioned it had the feel of a Tower Press puzzle,. The photos they used on their European puzzles were of a similar style. Now I discover TP were huge in Australia in the 70s. That fits. Researching European harbours has helped too. I can't find any photos from the same angle, or from the same time period, but I wouldn't be at all surprised if this puzzle is of Portofino, Italy.


I do know that when I see it, I will recognise it immediately. And if anyone remembers the same puzzle, finds an image of it, or can point me in the direction of a hardcore jigsaw puzzle forum, I would be most appreciative.
Posted by Steve Cameron at 10:10 AM No comments: 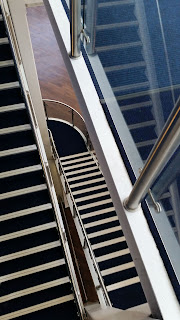 It's been ages since I've sold a story, although until about six weeks ago I hadn't submitted one for a very long time. So you can imagine how thrilled I was last week to receive an acceptance email from a publisher in the U.S. It is an anthology with an interesting theme and I was fortunate enough to have a story sitting here doing nothing which I felt would be a good fit.

Now this is a story I really like. And it's a story which came close at a couple of pro-markets, receiving personal rejections and fabulous feedback. I rewrote and slashed away at the story based on those comments and I believe it was an even better story because of it. I am so pleased I have finally found a home for this piece.

Don't forget I have a story in Sherlock Holmes: The Australian Casebook which is due for release in November. This is going to be a fantastic publication and I can't wait to get my hands on a copy. The names in here are fabulous, the stories are great and the artwork looks wonderful. I am truly excited to be in this one. Keep an eye out for it in your local Australian bookshop. Hopefully it will do well enough to warrant an international release.

I have a few other stories out at the moment. Again these are good pieces, and I have a feeling at least one of them will sell. Of course I have my fingers crossed for all four - but publishing rarely works that way.

I shall, of course, keep you informed.
Posted by Steve Cameron at 11:16 AM No comments: