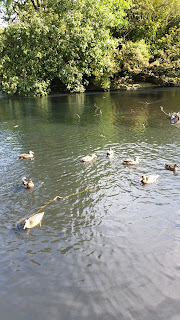 I've always been intrigued by the idea of parallel worlds.

Simply put, one theory suggests that every time a decision is made from a number of different options, the universe splits into another timeline, where both choices are made. Of course this would mean there are an infinite number of universes.

But does this mean there are identical universes, one from where I cough at 10:27:03 am, and one where I cough a second later?  If something so small isn't enough to warrant a split, then how major do the differing events need to be?

I admit it. It's been many many years since I read anything about this, and my understanding is simplistic and probably erroneous, but I do love the thought that somewhere there is another universe where I am a successful author with a string of publications to my name.  Now that's a couple of books I would love to get my hands on. I figure I'd love those stories.

It also means there's a universe where the Beatles didn't split up and there are Beatle songs I've never heard.  Of course there are universes where they never became a band.

I've recently read about Dimension Jumping, or Quantum Jumping. People claim to be able to transfer to another parallel universe, one where they are able to achieve their dreams.  The stories they tell are fascinating, although I'm not really convinced by any of them. They have, however, given me ideas for my writing.

In this world we can simply do our best, taking time to make choices that are for our own good and for the good of those around us. Realising our actions can impact on others, and deciding not to harm them. Thinking before we make major choices that could ripple through time and affect our own future.

Life is a choose your own adventure book. I think I'm currently on page 74.
Posted by Steve Cameron at 1:09 PM No comments:

What Kind of Fan? 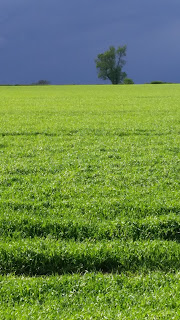 No doubt there are degrees of fans.

I consider myself a pretty big Beatles fan. I collect Beatles stuff, and can instantly tell you the difference between different mixes of their music. I know how many takes of I Saw Her Standing There were recorded, which ones were complete and how the released version was constructed.

I also love Essendon, my football club. I watch almost every game live - even if it means getting up at 4.30 am. If they play on a Thursday or Friday evening, that's a touch more difficult as it's usually daytime here in the UK and I'm at work. I don't think my managers would be too please if I had the game running on my PC in the office. Those games, I catch up in the evening. And I'll stick by them through good and bad.

But recently, in several online forums and groups to which I belong, I've seen fans putting down others because they aren't as fanatical. They don't go to as many matches, they don't have as much vinyl, or they don't know the names of every song McCartney ever recorded.

Lincoln City Football Club, my local team, has recently risen from years in a slump. Some fans in one Facebook group seem to yearn for the days when attendance at games was a fraction of what it is now, and rather than celebrate regular victories, sell-out games and more people in town wearing Lincoln shirts, they disparage those who are new supporters as being "Plastic Fans".

One Bob Dylan forum to which I belong, recently had a post stating that "When I put a post on here I forget it will probably be read by non-musicians."

What?  You mean your posts are so incredibly meaningful that those who don't play an instrument will never understand them?

I also saw one proclaiming that we all agree Dylan is the greatest musician otherwise you we wouldn't be in this group.  Umm, I belong to several music groups, not just Dylan's.

Another post declared those who don't "get" Dylan are obviously less intelligent than those who do. No, it wasn't meant to be funny, it wasn't a troll. Possibly the funniest part of it was that it was misspelled.

I'm proud of my Beatles knowledge, but I'll happily discuss them with people who know far more than I do, and those who just like some of their songs.

And, for the record, not everything they recorded was a masterpiece. You have no idea how little I listen to What's The New Mary Jane?
Posted by Steve Cameron at 11:39 AM No comments: