Although it wasn't officially announced until the evening, we knew the Queen had passed by the early afternoon. There had been a vague announcement about doctors somewhere around lunchtime, and nothing more. Then we noticed the BBC announcers were wearing black, which they surely wouldn't do were she still with us. One BBC reporter tweeted she had passed, then retracted it with an apology, stating there hadn't yet been an official announcement.

But then it was announced, right in the middle of a late thunderstorm here in Lincoln, which somehow seemed appropriate, while there were two rainbows over Buckingham Palace at the same time. Serendipitous. (After the reign?) And then we had a week of little else but Royal programming on TV. And then we had a day of ceremny and funeral, which was full of pomp and very moving indeed.

Being a Scottish Australian, I'm not a monarchist by any stretch of the imagination.But that doesn't mean I'm against the Royal Family. I attended an event during the last year which made me uncomfortable for jingoistic, colonialist reasons. I mentioned this tome someone, and from later comments I had they feeling they think I am anti Royals.

I think they need to evolve, I think they are basically ceremonial and part of the tourist industry, I don't like much of their behaviours, but I see their importance to the economy of the UK. So maybe a few should be fired, others should be forced to get jobs which pay the rent, but for the most part, with modernisation, I think they are good for the UK.

When we were leading into the Jubilee, someone in a meeting said that whether you were a Royalist or not, everyone is pretty pleased that Queen Elizabeth had lived so long. I pointed out that it was not everyone. Perhaps Prince Charles didn't feel that way. Which was meant as a joke, and perhaps held an element of truth, but in return I received some quiet glares. Personally, I think the Queen would have chuckled at that one.

I know public opinion of Charles has softened over the past few years - I'm still not sure where I stand on him. Perhaps he'd be quite a charming fellow with a pint in hand and a good natter. I think William will make a good King, although I suspect that won't be for a few more years.

RIP, your Majesty. And good luck, King Charles. And if you ever want a quiet evening with a pint and a natter, I'm sure your security team can find me easily enough.

Posted by Steve Cameron at 5:13 PM No comments:

Home Is Where The Stomach Is? 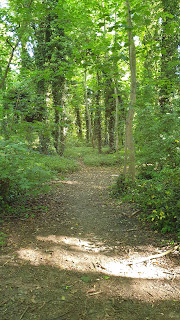 It has been three years since I was last in Australia. Generally I go back every 18 months or so, but the pandemic threw that timeline out of whack. Once airlines started flying again, flights were limited, rules and restrictions were tight, and prices were beyond ridiculous. In the end I figured I would wait until things were a bit more back to normal.

Sometimes I am asked if I miss Australia, and I suppose I do - not in any yearning, sit at home, homesick kind of way, but there are times when I feel like I would quite like to go somewhere or do something over there. Mostly I just miss my family and friends.

I belong to an expat group on Facebook. For the most part it's encouraging, supportive and fun and I quite enjoy it. People regularly share tips on like in the UK, including which shops currently have Tim Tams and other goodies for sale. Others share pictures of care packages sent from loved ones. Sometimes we just get to joke about things that make no sense if we say them to Brits. ("Lock it in, Eddie" was mentioned recently)

Personally, I'm don't yearn for Australian snacks and sweets in the same way others do, although occasionally I would love a dim sim or a Chiko roll. Just one, and then I'd be good to go for another year. But there are some on there who are in the UK because they married a Brit, and are desperately homesick. I feel for them. Homesickness can be a terrible thing.

I look forward to going back. When it happens, I'll relish the time spent there, in the company of friends and family. And expect me to return here with a couple of extra kilos round my waist.

Posted by Steve Cameron at 1:48 PM No comments: