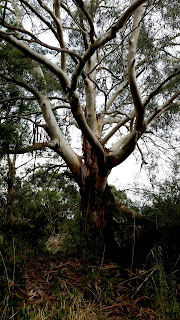 Last post I mentioned I was lacking motivation in my writing at the moment. I'm kind of sad to report that hasn't improved.

I currently lack motivation for a couple of reasons of which I'm well and truly aware, although I choose not to go into any detail here. I've spent a bit of time reflecting and looking into why I feel this way, and I must admit to not knowing what to do about it. Apart from, you know, just writing.

But I want my heart to be in it. And writing just for writing sake becomes little more than exercises that lack soul.

I work in education, and continually I hear teachers give students examples of athletes as role models in their academic studies. Just this week I heard about Michael Jordan who was cut from his high school basketball team. I would like to point out the speaker also mentioned Edison, Einstein and The Beatles who were all told at some point they wouldn't succeed. And yet it seems athletes are the examples we most often use. I've done it myself.

Last week I was told about a runner, someone who is, for the very first time, undertaking one of those iron-man thingies where they run, swim and cycle ridiculous distances. This runner, who is a friend of a friend, committed himself to finishing this event. And so he woke at 4.30 every morning, ran kilometres, trained hard, focused on where he needed to improve, controlled his diet - all the things athletes do when they are training towards something.

I have much admiration for people who commit to something like this.

I considered this as a role model for my own motivation. But as I thought about it, the less it works. While there are certain similarities, the analogy between creative and athletic endeavours doesn't satisfy me enough to be useful.

An athlete like the runner mentioned above, has a specific date and event he is working towards. I'm sure he has a goal time he would like to achieve, but I'm almost as certain he'd be happy just to finish the event. And should he not achieve either of those goals, he would be able to measure how far he fell short and what he would need to do to complete it next time.

But a writer like myself is writing a bunch of short stories,  one after another, sending them out and hoping to make a sale. And there is no second place. We either sell the story or we don't. IF we don't, we get a rejection, and it's rare they contain detailed feedback on how close we got to a sale. More often it's a generic No, Thanks. There isn't a single event we are working towards, where we do the same thing over and over and over to improve in preparation. (No, rewriting doesn't count.)

That's not to say we don't have goals. To sell to this or that particular market, to sign an agent, to make a three book deal - whatever. But so much of this stuff is outside our control.

All we can do is keep writing, hoping we improve, listen to the feedback we do actually get and then remember much of it is subjective. It's all about trying to tighten our techniques while keeping the stories human and relatable.

And a lot of this is undertaken blindly, hopefully progressing by feel or self realisation. Unlike runners, we don't always have the indicators that we're shaving seconds off our time, or getting a faster start. Or even improving.

Maybe I need a coach or a mentor.
Posted by Steve Cameron at 3:07 AM 3 comments:

The Carrot Beats The Stick. 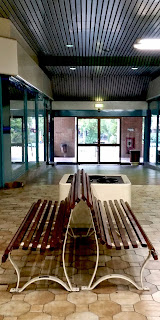 No new rejections, but no sales either. Writing continues slowly as I struggle to find time. It's been a busy week, the first week back as school after the term break.

Parent teacher interviews, getting back up to speed on new units of work, organising plans for this term, chasing up students who may be behind in submitting work, and a host of other minutiae not even I am interested in.

The little I have been managing is rewrites rather than new words. I have a few deadlines approaching and I'm sure I can make them, but it'll have to wait until next week before I even start considering those. Ideas run through and depart as I realise they're not satisfying enough. One or two are keepers, but need to be smashed against other ideas to work. Into my notebook they go.

I've been teaching students how to beat writers block, or how to get ideas when you're sitting in a classroom with no real thoughts on how to proceed. Not only did I learn some stuff myself, but as I was showing the class, I got a bunch of ideas which also went into the notebook.

Parent teacher interviews were positive, and I found myself speaking a lot about motivation - both intrinsic and extrinsic. And I think that's something I need to consider in regards to my own writing at the moment. Self reflection time ahead.

It's time to get myself re-energised, re-enthused about my words. I need to get lost in a story. I need a carrot to lure me.

Another sale would probably help.
Posted by Steve Cameron at 3:41 AM No comments: 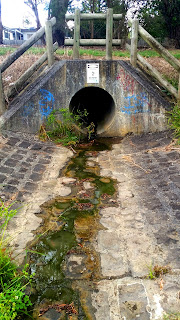 There are some wonderful online tools available for researching publishing markets.

These days I use The Grinder. Its search functions make it quite easy to find current markets that align with the story for which I'm looking for a home. I can easily locate data on acceptance and rejection rates, payment, SFWA accreditation and so on. But for me, one of the most valuable functions is the ability to look at a market's response times.

Asimov's has been doing well. Their responses in the past few months have dropped from a few months to a few days. I've heard a whisper Sheila Williams has a slush reader on board now. And although I've now gone from a couple of personal rejections back to form rejections (the new slushreader obviously doesn't understand my work - ha!), it's wonderful to be able to send that piece out again within a very short time.

Analog, on the other hand, is currently still up around the four month mark. They were only a few months when Stan Schmidt was editor, but when Trevor Quachri took over, it shot up to over six months, and for that reason I didn't submit there for a long time.

There's another magazine I've been considering for some time now. It's not pro-level, but has a decent reputation and publishes some good stories by decent names. They don't pay very much - simply a token payment - but I was fine with that. It's not always about the money. Sometimes it's about the resume building.

But I was shocked when I conducted my research and discovered their response time was close to eight months.

Imagine I write a story and send it to them today. Just before Christmas they may respond with a form rejection, saying 'thanks for your submission but we cannot use this story at this time. We wish you luck in placing it elsewhere.'

Now I've had some stories that were rejected six or seven times before being accepted. If every market was like this, my story might not see light of day for five years or more.

On the other hand, let's imagine they choose to buy it. After eight months. It's typical for publication to occur six to eighteen months after purchase. So, it is possible I could sell it and it might be published two and a half years after submission.

All for twenty dollars or so.

Sorry, but an eight month response for a token market is ridiculous.

Me? I've permanently crossed that market off my list and choose to submit elsewhere.
Posted by Steve Cameron at 1:10 AM No comments:

In Which I Choose Not To Weigh In. 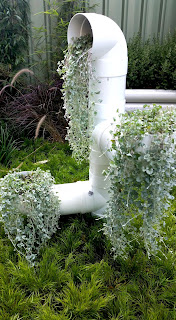 I'm having a lovely Easter weekend with my wife. I've seen some great films, read some cool books and plan to spend today writing.

In my universe I've had a mixed week. A couple of rejections I had thought might go at least personal but were mere form instead. A couple of good days writing with a submission of which I'm proud. And I was notified about the publication of a couple of online posts about me.

Zena Shapter has been running a series of blogposts about writers and music. I was asked what piece of music inspires me at the moment. You can listen to my selection here.

Meanwhile Lee Battersby is in the middle of a series on Writers and their fetishes. Yep, sounds kinky. And while that wouldn't surprise me with Lee, it's actually an old fashioned use of the word meaning ritual. So it's not so much about weird tastes and desires, and more about what do I put in place to write. Here's the link.

As for the factional infighting?  Whether you're in or out, included or not, enjoy the books you're reading and have a great Easter.
Posted by Steve Cameron at 12:16 AM No comments: