The Ever Sneaky and Mysterious Thoraiya Dyer. 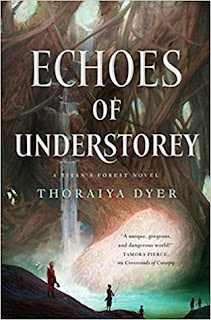 Thoraiya Dyer is a name many of you will recognise. She's a great writer and also a friend - although we've only really met twice in person, chatted once on the phone, and never spent anywhere near enough time together. We don't even e-communicate very often. Her online presence is restricted to a website, a few tweets and, like many mysterious and elusive beings, a couple of photos. (which may or not be her)

So it's no surprise to accidentally discover she has a new release on Tor books.'Part two of A Titan's Forest series, Echoes of Understorey continues on from last year's Crossroads of Canopy. Already it has received excellent reviews - including a star review in Publisher's Weekly.


"There’s far more to this story than can easily be summarized, and readers will savor its intricacy, depicted in evocative prose (“the monsoon greeted her with a wet slap across the face”). Dyer skillfully weaves elements of mythology, family loyalty, and divine destiny into a distinctive, enchanting, and complete world."

But if that's not enough to convince you, consider the following as well:

"I am majorly impressed with Thoraiya Dyer's Crossroads of Canopy. A unique, gorgeous, and dangerous world, a stubborn female hero, and a writer to watch!"--Tamora Pierce

"For her striking first novel Crossroads of Canopy, Thoraiya Dyer reworks the stuff of epic fantasy in ways that seem organic, rooted in the natural world but just as true to human experience." --Locus magazine

"Recommended for readers who appreciate nuanced world building, as both Canopy and Understorey arestrange, fleshed-out lands thrown into turmoil."--Booklist


I've read quite a bit of Thoraiya's work, and I can highly recommend both her short and longer fiction to you. Although I have yet to read Echoes of Understorey, I look forward to doing so. And I must admit to being jealous of those of you who will encounter Thoraiya's writing for the first time.

Posted by Steve Cameron at 6:53 PM No comments: 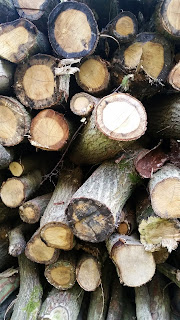 Did I mention I have another story being published in a few months?

I certainly hinted, back here, but I don't believe I have given any further details.

The Lady who Sings to the Dead is set in Australia long after an apocalypse but in a non-technological time. This story occurs in the same world and many years following the events depicted in two of my other stories, The Last of the Butterflies and Fireflies.

I can trace its origins to a tour I undertook many years ago in Port Arthur - a convict colony in Tasmania with a painful and violent history in the most glorious surroundings. Those familiar with Port Arthur will no doubt easily find the connection.

This will mark my fifth publication in Outposts of Beyond, the first since 2014. And it's good to be back. Alban Lake has always been a supportive, encouraging and fair publisher. I look forward to receiving my contributor copy. Keep an eye out for the release date in July.

As for other stories set in this same world? I have a few ideas. Watch this space.
Posted by Steve Cameron at 11:58 AM No comments:

Labels: fireflies, outposts of beyond, Port Arthur, publishing, tasmania, The Lady Who Sings To The Dead, The Last of the Butterflies, writing 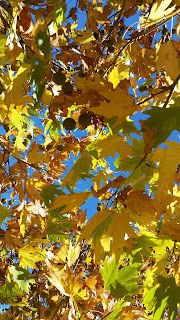 I'm currently in Australia, at the tail end of a two week visit, and in a day or so I'll be heading home. Or am I currently at home, and heading off again?

Since July 2016 I've been working and residing in the UK with Lindsey. That's where you'll find our dogs, our TV, my Beatles' albums and our car. But I grew up in Australia, so for so many years that was my home. Before that, however, I was born in Scotland and emigrated to Australia when I was a tot.

So which is my home?

Both, in different ways. But for now I'm heading home, with a bag full of Tim-Tams to share with Lindsey. If you drop in for a coffee after I get back, you might just score one.
Posted by Steve Cameron at 8:09 AM No comments: