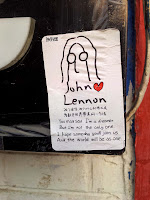 OK, I didn't win the Ditmar for Best New Talent.  That went to my good friend and writing buddy David McDonald. He's definitely a writer to watch. Congratulations, David.

And it was great to see another friend, Thoraiya Dyer, win a Ditmar for her short story. I heard her daughter stole the show at the awards ceremony.

It was great to see a couple of other friends and acquaintances won awards too. Here's the entire list.

Other awards announced in the ceremony:

So why has it been another good week for me? I sold another story and have two more that have been shortlisted. That's got to be good, right?

Posted by Steve Cameron at 3:19 AM No comments: 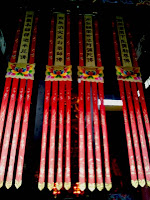 Last week, while playing some music in the car, a friend asked me who I was listening to. I told them it was a Jimi Hendrix album, and they seemed surprised because it wasn't the raucous noise they'd expected from Hendrix.

I suspect this merely showed that my friend had never really listened to much Hendrix. But I also realised at that moment that like Hendrix, a writer needs to have range. It's important to have your own voice, but it's equally important to use that voice in different ways to keep your readers on their toes.

I've recently tried experimenting in my writing. Not only on 'subject', but in genre and style too. Not all these experiments have worked, but I've been rather pleased by some of the results. Some will be rewritten, some have been subbed out, at least one has already sold.

I consider myself to be a Sci-Fi writer, but when I look back over my writing I can already see a number of horror stories and a few urban fantasy pieces. And, having recently re-read some of them I can usually see where they originated and the influences contained there-in.

Jimi Hendrix only released three studio albums in his lifetime, but  his development and experimentation is clearly obvious to anyone who takes the time to listen to those works with a critical ear. When he died he had plans to move into new areas, recording with Miles Davis for example, and no one really knows where he would have gone had he survived.

Develop, experiment and have a range.  Those are my goals in writing.
Posted by Steve Cameron at 2:35 AM No comments:

It's Not Easy Being Me. 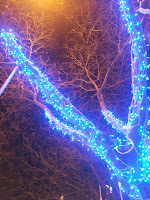 It has now been six weeks since I was 'temporarily' locked out of FaceBook.  I've submitted the required documents to prove my identity (many times), but had absolutely no response, besides a few automated emails informing me that my situation would be reviewed shortly.  As previously mentioned, apparently I may not really be me. I may, in fact, be someone else masquerading as me.  If only I could get that person to go and teach for me.

I've tried to find a FaceBook customer support number, or online support, only to be told time and time again there isn't any.

I beg to disagree.  There is, in fact, a customer support number. I found it. It's better known as the sales department.

That's right, the only numbers I can find that will actually respond are for potential and current advertisers. Those are FaceBook's customers, not us. We're the product.

This was pointed out to me by a friend a couple of weeks ago. The users and their presence is sold on to advertisers. FaceBook actually doesn't care whether I'm online or not. There are a billion others who are. And so I may never actually get a response to my enquiries, or a satisfactory resolution, even though I've done nothing wrong and was 'accidentally' locked out.

Bah! I am not a number. I am a human being.
Posted by Steve Cameron at 7:36 AM No comments:

More Award Nominations And Another Sale.

I'm having a great run at the moment.

I've recently posted about this. I had two personal rejections from quality pro-level magazines, a positive review in Publishers Weekly, the release of After Death, a sale to Andromeda Spaceways Inflight Magazine and a nomination for a Ditmar Award.

Then, to top things off, yesterday I received a copy of After Death, and it truly looks fantastic. Congratulations to the editor, Eric J. Guignard. During the afternoon I received word that I'd finally sold my Melbourne vampire-noir story. I'm truly excited about that one. And then late last night I was informed I'd been nominated for two Chronos Awards - Best Short Story for Fireflies (in Epilogue, published by FableCroft) and Best Fan Writer. (For my reviews in Dark Matter and this blog)

Voting for these awards is important. And, of course, I would appreciate any support from anyone who deems my work worthy.

Eligibility and voting information for the Ditmar Awards can be found here.

Eligibility and voting information for the Chronos Awards can be found here.

Congratulations to all the nominees.
Posted by Steve Cameron at 1:51 AM 1 comment:

The Return Of Orac? 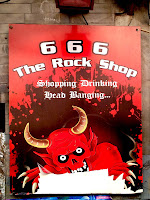 When I was a teenager, one of my favourite shows was Blake's 7. My friend George and I would get together and watch the show and discuss the plots and characters.  For me, growing up in Australia, I much preferred the British SF shows to the American ones. Dr. Who, Blake's 7, The Day of the Triffids were more 'realistic' when compared to the plastic-looking Battlestar Galactica or Buck Rogers.

And now Syfy has announced plans to re-invent Blake's 7.  The director is supposedly the same director from Casino Royale, which is cool, but the writer's credentials include CSI and Heroes which somewhat concerns me.

As The Guardian states, "If Syfy get Blake's 7 right, it could be great. That doesn't stop the law of averages meaning it will probably be awful."
Posted by Steve Cameron at 2:16 AM No comments: 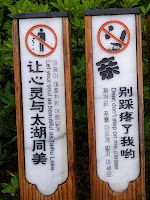 So this week has been corporation week.

Five times today my wife and I (we are on the same account) received messages and calls from Telstra informing us that 'this isn't a tele-marketing call', but asking 'Have you paid your bill yet?'  Five times!  neither of us actually spoke to anyone, as we both had our phones switched off.

But hang on, I paid my bill a couple of days ago, direct to Telstra - and the bill's not even due for another week.  So why am I being hassled?

And then a few days ago I received a call from our car insurer.  "Don't worry, I'm not trying to sell you any products. I just want to confirm your details haven't changed."  All well and good, I suppose, if they had any reason to suspect our details had changed.  But I only signed up with this insurance company six weeks ago - and you called me on the phone number that I supplied to them.

And no, I'm not going to give you any of my details over the phone.

And then, of course, the Facebook saga continues.  I've now been 'temporarily locked out' for more than four weeks for unspecified reason.  Not only is Facebook nigh on impossible to contact, they certainly don't respond to any emails.

But don't worry, they continue to assert that they will look at my situation shortly.

So much for corporations.
Posted by Steve Cameron at 9:52 AM No comments: 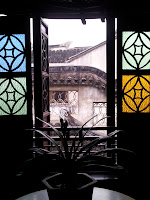 Don't worry, I'm not going to be mentioning After Death every post, but I do need to let you know it's now available.

The editor of this anthology, Eric J. Guignard (Bram Stoker nominee for his previous collection), has done an amazing job in collecting and whipping these stories into shape. It's already garnering excellent reviews and fantastic comments. This is an anthology not to be missed.

It's available here, here and here.

A reminder of who's in After Death. 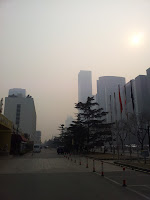 I was fortunate enough to recently spend two weeks in China as part of a study tour through the Asia Education Foundation and the Department of Education. An Assistant Principal, a colleague (and friend) and I represented our school as we journeyed with 15 others, our guides and leaders and a film crew. We went to China last year in order to set up a partnership with a Chinese school, and this return visit was meant to consolidate and develop that relationship.

I want to write about the pollution and smog in Beijing though.

It was stunning on the day we arrived. The sky was perfect and blue. Our  tour guides told us it was unusually clear.

The next morning was a different matter.  It turns out it had rained for a couple of days prior to our arrival and that had pushed all the pollutants down. But now it was back. I'd heard about the terrible pollution in China. I used to live in Tokyo, and I remember the hazy days there.  But I had no idea how much worse it was in Beijing.

It was smoggy. Thick, yellowish smoke/fog filled the air. The sun was orange/brown. I’ve talked about it with my colleagues and friends, trying to describe exactly what it was like and find it very difficult to put into words. Even the photos can’t capture the reality.

That day was a yellow alert day. Beyond that a red alert day kicks in at an air pollution index of 250. On that particular morning the index was over 450. Apparently three weeks before we arrived it hit 900.

The visibility was down to around 600 metres in the city that morning, making everything seem ghostly and eerie. Buildings were shadows in the yellow smog and cars disappeared in front of us.

The Chinese congress recently elected a new leader and environment is very high on the party’s agenda. Certainly the new Premier is actively targeting waste. Everyday I was there the newspapers wrote about what is being done to improve the environment. It's awful, and I fear not enough is being done.  Or too little, too late.

We need to become more active. Not just in China, but wherever we are. We can take Beijing as a warning. What affects the Chinese affects the world, and we all need to make an effort to recycle and conserve.
Posted by Steve Cameron at 1:46 PM No comments: