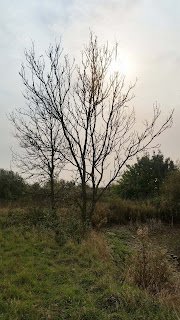 I'm pleased to have actually sold a couple of stories in the past few months. And, with the impending launch of Sherlock Holmes: The Australian Casebook, it hasn't been a bad second half to the year. I also still have a couple of submissions out, so it could improve further.

Of course this isn't a patch of a few years ago. I haven't written lots of new stuff this year. My attentions have been focussed on other, more pressing matters. But that's OK. Swings and roundabouts and all that. The way things are going I expect I'll be into half a dozen new stories before you know it.

Timing, as they say, is everything.

I love both the stories I've sold. There's something quite special about them. A lot of work went into each of them. A lot of research, editing, and rewriting. I cut some great words, but I believe that made them even better stories.

I'll keep you informed closer to publication date.
Posted by Steve Cameron at 7:51 PM No comments:

Who's Pushing The Pedals On The Season Cycle? 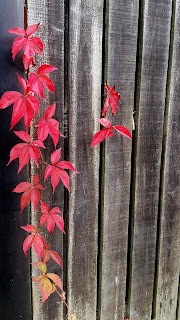 Soon I'll be dragging out my winter coat and scarf as the days grow short and the evenings close in. But for now we're enjoying lovely days. Blue skies, fluffy white clouds and an array of autumn colours in the village.

Ask people around here about winter, and they'll tell you it's not like it used to be. They used to be long and cold, but the last heavy snowfall that brought Lincoln to a standstill and closed the schools for four days was in 2010.  I've seen pictures of it. Family sent them to me at the time.

Last winter was mild in comparison. We really only had two light snowfalls, and the flakes melted quickly - all traces gone within an hour or so. Not that I desire to be snowed in, but it would be nice to have some real snow around - if only for the photos. Long range forecasts for this year are mixed, and suggest it could either be mild again or we could have a really cold one. They just don't know.

Either way, we've already stocked up on firewood. Last Friday was quite cold, and we used that as an excuse to light our first fire for the season. It was lovely, homey and comforting. I can't tell you how much I enjoyed it. I won't need too much pushing to light another one soon.

I've been here more than a year now. We've been through one complete cycle of seasons, and I've enjoyed them all.

But enough on the weather report. I do have more publishing news to share, but I'll save that for my next post.
Posted by Steve Cameron at 3:50 PM No comments: