It's Those Little Differences. 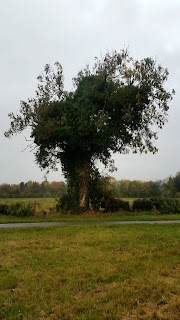 Sometime the smallest differences are the ones that stand out the most. I'm talking here about life in the UK as opposed to Australia, and while I agree the weather, accents, building styles and so on are the most obvious differences, they're not the ones that make me ponder.

Those are differences you expect when you visit another country. The ones that stick in my mind are those you don't or can't anticipate. And so, to celebrate diversity and differences between these nations, here are a few things I find a little odd here.

Not frustrating, not weird, just interestingly different to what I'm used to.

Can I help?
This is the one shop assistants ask when you're waiting in line. Not Can I help you?, but Can I help? And this truncated form still sounds odd to me even after a couple of years.

Polite Notice
While a sign in an Australian car park might read "Warning: Private Car Park. Violators will be towed", in the UK the word Warning is likely to be replaced with Polite Notice. I'm still trying to figure out which part is polite, and why it needs to be declared. It's almost like those veiled threats in noir movies, a friendly warning.

Indicators
Apparently they are optional in the UK, and even the police and road safety people have told me you only have to use them in situations where you think it's necessary. So if you're in a turn lane, or there's no-one else around, don't bother. Of course that means sometimes people make turns (or don't) when you least expect it.

Street Names
There are many, many, many fine examples. Some are named simply because of their destination. In Heighington, the road that leads to Branston is known as the Branston Road. Once you're arrived at Branston, however, it's known as the Heighington Road. I've wondered if there's an official point at which it changes, or does it always depend on your destination? Other street/alley/lane names are simply weird or very, very naughty. Local favourites include The Smooting, and The Glory Hole.

Australian Preconceptions
While we all have preconceptions of the 'other', The UK have built their ideas on TV tourism ads, Neighbours, and Steve Irwin. No, we are not inundated with deadly spiders and snakes which we daily battle, we don't spend every free minute at the beach or having barbeques with shrimps, very few of us every drink Fosters voluntarily, and we don't all have glorious weather 365 days are year. Oh, and rugby. Unless you're from New South Wales or Queensland, very few of us even care. Many are surprised I don't know a thing about rugby, or that I saw my first game on TV when I was in my late 30s. And we're not even talking League here, they mean Union - which has even less of a following in Australia.

Just a few of the things I've noticed. There are more, but we have to remember that there are things about Australia the Brits find odd.

These tiny cultural differences are wonderful. They only enrich our lives.
Posted by Steve Cameron at 10:32 AM No comments: 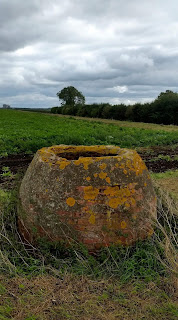 One of the reasons I started reading science fiction was the cover art.

I loved it, back in the seventies, when the spaceships were unusual shapes and bright colours against dramatic spacescapes. Chris Foss, who I was fortunate enough to meet a couple of years ago, soon became a favourite cover artist. I don't recall if I was aware of who he was, but I could easily recognise his work. Then there were other, more metaphoric designs for SF books. Some I loved, others I merely appreciated. Photographed covers have aged the most. Even back then photos of model aliens or men in silver suits look dated. I seem to recall a photographed Stainless Steel Rat cover that was terrible.

So for me it was illustration, preferable paintings. Unfortunately for me, they seem to have died off as the primary source of cover art.
Recently I had a conversation with a writer who told me about the economics involved. It's cheaper to buy and crop stock artwork than commission new. It's even cheaper to buy digital manipulated pictures than buy paintings. And with the unrelenting tsunami of self published mediocrity, the standard of cover art has fallen even further.

I know graphic artists who are in competition with anyone who has access to Photoshop, regardless of the quality. New writers self publishing a story manipulate a couple of pictures, throw on text and away they go.

Here's a clue. Many of these look cheap and nasty and entice no one.

I really miss those painted covers. They had a quality missing in the digital age. I understand a painting is not going to be affordable, but at the very least hire someone trained in design to direct the art on the cover.

Me? Well, you'll find me over here gazing at my Asimov's and Harrison's and dreaming of yellow and black checked starships against enormous nebulae.
Posted by Steve Cameron at 1:35 PM No comments:

The Man Who Sold The World
by Nirvana

The Long Result by John Brunner