You Can't Judge A Book By Its Table Of Contents. 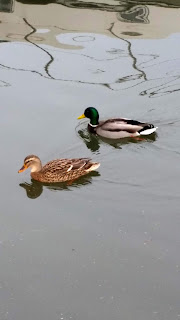 Late last year I read an anthology from a publisher with a solid reputation. I had picked it up some time earlier, partly because of its cover art (which was fabulous) and partly because of its title and theme. When I read the TOC, I was thrilled, as there were quite a few name authors I had never previously read. The bios of the other authors filled me with hope - award winners, university and lecturers in writing and published authors. In fact a diverse range of gender and ethnicity.

It sat in my 'to be read' stack for a few months, then I pushed it to the top.

The first story was 'Meh'. The second also. And then it dropped in quality. Nothing rose above average, and in fact, a couple of the name authors appeared to have 'phoned-in' their contributions. Some were just completely ridiculous.

Now I know taste has a great part to play in all of this. There can be a certain amount of subjectivity. (I know someone who told me it's all subjective, but that's not true. A good writer is a good writer, no matter whether it appeals to me or not.) Many of these stories, however, were full of plot holes, idiotic protagonists and convenient plot devices. They weren't as clever as they author thought, and at least two stories I worked out the ending in the first page or so.

There are times Goodreads can't be trusted, as family, friends and the authors themselves overvalue everything. This anthology had a stack of 4 and 5 star reviews. And then, right there in the middle was a one-star review, which pretty much detailed my own observations of the collection. I couldn't have written it better myself.

I've written along similar lines before, an again even further back. It seems I will regularly be disappointed by some offerings.

Sometimes I should judge a book by just its cover, not the TOC. Although, this time. I would have still purchased the book as the cover was fabulous.

Oh well, a quick dose of Jasper Fforde followed, and all was well with the writing world.
Posted by Steve Cameron at 7:12 PM No comments: 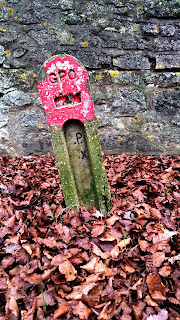 I've had a great break - a really relaxing time with family and friends. We didn't travel anywhere really, but managed to catch up with some people. Mostly we relaxed and ate great food. And I didn't over-eat or feel bloated.

The car decided to get a puncture on Christmas Eve, and of course they don't supply spare tyres anymore.  But this was a puncture where the spray can of foam stuff and nursing the car to the garage wasn't going to cut it. It meant, however, we either stayed at home or walked for a few days, which at this time of the year isn't necessarily a bad thing.

New Year's Eve was pretty quiet. We did stay up but went to bed shortly afterwards. I had too much to do on my secret project the next day to be up too late. And yes, I did get lots and lots done.

As I said in a recent post, I don't really do the whole resolution thing. I make my plans as I go, prioritising and re-prioritising as need be. I do have some plans for this year, one of which is to try and keep track of the books I read. I made a list a few years ago, just on a word document for myself, and if I can find it, I might even post it. This year, however, will be the only other time I have kept track of my reading. I've decided to add a page to this website and make the list public. Have look sometime.

I also plan to write more. You might even see some longer fiction emerging. You just never know.

But I have work to do now, and need to be gone from this page. All the best for the coming year.
Posted by Steve Cameron at 12:05 PM No comments: