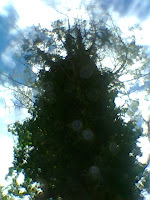 I know some people who wear their rejection slips like badges of honour. They brag about how many they received 'last year' and talk about how they're getting closer to 'making it'.

To an extent I think they are right. Being rejected lots and lots shows you're working, and subbing - and if you are starting to receive personalised ones over form ones, then it shows you're developing and getting that much closer.

But gathering piles of rejections doesn't necessarily mean much at all in and of itself.

There are a whole lot of writers who start by subbing straight to the top markets. They send everything they write to Asimov's and Analog, and therefore pile up mountains and mountains of slips. And so yes, they can claim to have gathered hundreds of rejections last year.

It doesn't mean they're about to start selling.

I'm not criticising them for doing that but it doesn't work for me. I know that I'm not at that level yet, and I have better things to do than have stories sitting at markets that won't yet buy my work, wasting both the editor's and my time.

If I'm not selling regularly at semi-pro markets, why would the pro markets grab my stuff over their regular contributors?

If I start playing football (and believe me, there are good and valid reasons why I write and don't kick footballs), I don't start by running down to Windy Hill and try to break into the Essendon team. What makes me think I'll get a spot alongside Jobe Watson, Paddy Ryder, David Hille and Angus Monfries?

No, like young Dyson Heppell, you play for the smaller country teams, working your way up until you're ready to speak to James Hird.

It seems to me that writing is one of the few places where lots of people try to start at the top. And I suppose it costs nothing to send your work there, and there is always the chance you'll sell something.  And by all means, if your writing is already at a professional standard then send it off to the big ones. I wish you well.

But if you're trunking pieces just because they didn't sell at the big markets (and I know of a few writers who do this), you may be depriving the world of some good, solid writing. I've found some of my favourite pieces in small press anthologies and magazines.

Me? I just know my abilities  and my level at the moment.  And that's firmly in the world of the small press. I'm not selling there as regularly as I'd like, but I am starting to make sales, and frequently getting personalised rejections.

But don't worry, the day I regularly send things off to Analog and Asimov's is approaching.
Posted by Steve Cameron at 1:37 AM No comments:

Half A Page Of Scribbled Lines... 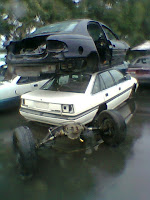 I've been very productive recently, especially since I was able to have a few solid writing days during the mid term break.

Fortunately that enthusiasm and desire to write has remained now that I'm back at work. Free time is the only thing missing. I know that we all have to prioritise what we choose to do with the free time we have, and I know I'm not alone in wishing I had more of it.

I'm still getting great ideas for stories, my writing is still improving and I'm happy with what I'm producing. I'm trying to make sure that I write regularly.

But that doesn't mean I can't wish for more time, does it?

Speaking of time, last week I mentioned I hadn't heard from a market in four months, and I was hoping that was good news.  The sense of irony I instilled in that sentence turned out to be a wise move. After an enquiry I was told the market had closed, and they wouldn't be looking at submissions.

Shame it had to languish there in limbo for all that time.  It would have been nice to have been notified it was free again.
Posted by Steve Cameron at 12:43 AM No comments: 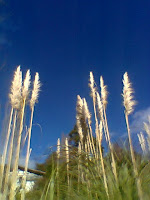 Back to school on Monday.

I've spent the past two weeks writing, walking the dogs and painting the living room with my wife.

The living room looks great, the dogs are happy and I'm pleased with my writing. Three stories subbed, two stories completed and two new ones well underway. It rained for most of the break and so I had complete peace and quiet - unlike Gitte who suffered through doof, doof, doof. The worst I had was the occasional woof, woof, woof as someone walked past the house.

I plan to spend the rest of today completing one of those stories, watching a film with my wife and just chilling.

And dinner, probably a roast dinner.
Posted by Steve Cameron at 3:32 AM 1 comment: 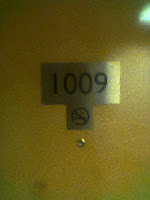 About three years ago I decided to see if I could write.

I sat down one morning and knocked out 800 words that I thought were reasonable. A few days later I knocked out another 1700 words or so on a second story. These were the first things I'd ever really written, apart from a 900 word university assignment I did about 8 years ago that ended up being published in a literary journal.

The second story was one that I was proud of, and I had a lot of great feedback from people whose opinions I value as being honest and worth listening to, and from a bunch of strangers in a workshop I undertook around the same time.

Of course both those stories went through a few re-writes, and both stories had 'almost, but not quite' rejections.

And now both those stories sit well over 4000 words. One will be published in Anywhere But Earth, the other is still looking for a home. But an editor has had it for four months now, and no news is good news. Right?

But after these two I didn't write for a few months.

I wanted to, and I had ideas, but I wasn't sure if I could replicate the quality of writing I felt I'd achieved first time out.  Sure, I tell my students that if they want to improve it takes practice, practice, practice. And I kind of know that's true for myself on a logical level. But whenever I sat down to write I lacked confidence in my own abilities and whether I'd be able to write anything others would be prepared to read.

Last week was a great week for writing. It rained most of the time, I had the house to myself, and I had ideas and looming deadlines.

So why did I spend so much time procrastinating on the first day before I actually attacked the keyboard.  Yup, I stared at the 'blank paper' on the screen and played cards on the computer far longer than I should have.  Those old self-doubts came back to haunt me.

But once I took the plunge, the words flowed really well. And I was really happy with what I achieved. I finished a complete story, rewrote another, and started a third.

Let's hope others like them too.
Posted by Steve Cameron at 6:49 AM No comments: 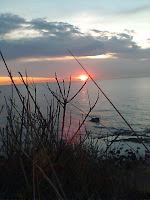 Daniel Amos, my favourite band (after The Beatles) are touring for the first time in around twenty years. They've regularly recorded (in various guises) since they formed in the early 70s. I've been a huge fan of theirs since the late 70s. And now they're touring! With merchandise and everything!

They've never been to Australia, and probably never will. And so I came very close to flying to the U.S. for a show or two.

I've been faithful, bought everything they've ever released over all those years, and loved  most of it  (and at least appreciated what they were trying to do with the rest.) Heck, the first story I ever sold, Ghost of the Heart (in Festive Fear) is named after one of their songs.

But they just aren't big enough to ever come here to me. Which means I'd have to go to them.

How not big are they? The bass player, Tim Chandler, is a highly respected session musician who is currently not going on tour with them because he can't get away from his day job.  Their guitarist, Greg Flesch, is a scientist at NASA who plays guitar when he's not nudging rockets around, and their main man, Terry Taylor, barely makes a living from music.

And as for Ed McTaggart? Well, no-one seems really sure what he does when he's not parked behind his drums. Ed seems to take vacations, though.

As I said, I seriously considered flying over to see a few shows of this legendary band. I figure it may be my last ever opportunity to see them. My wife even suggested I do it. But how can I justify all that money to go for a couple of concerts.

Sigh. I live in hope that one day circumstances will allow me to see and hear them live.