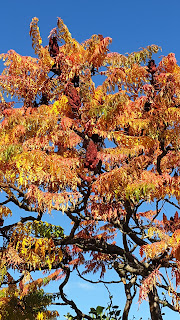 I love my Australian Rules Football. I hold an international membership, watch every game I can through a streaming service and am happy to discuss the game with anyone who cares to join in. In this part of the world, this is not something that occurs very often.
I've supported my team, the Essendon Bombers, since I was about 5 years old. My uncle and aunt were Essendon fans, and they took me to a couple of games. Those were some lean years, but I had a life size poster of Des Tuddenham, and was proud of the red and black.
When I returned from Japan in the late 90s, I started attending matches fairly often - usually with my cousin and her then boyfriend (now husband). And we were a powerhouse. A strong team who played with determination, aggression and skill. Somewhere after 2001 it all went wrong, and we've occasionally risen to mediocre since then.
This year we had high hopes, which once again were dashed as we floundered in the bottom half of the ladder, missed out on the finals, and heard the same old excuses from our coaches. And , like many other supporters, I'm tired of it.
Seriously, how can the players be adjusting to a game plan after three or four years?
At this present time I don't hold much hope for the next few years. But give it a few months, into trade period and the pre-season, and I'll probably return to my optimistic football self. And hopefully next year will not be a compromised season due to Covid.
Posted by Steve Cameron at 11:53 AM