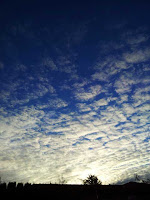 As someone who is firmly planted well within the twentieth century, I've had to be dragged kicking and screaming into the social networking world.

Blogs I could understand. This one has been maintained regularly for four years, and over that time I've seen a gradual rise in the number of hits and return visits.

Facebook and other media I've deliberately avoided. In fact, I was proud I wasn't on Facebook. Finally, late last year, I felt the time had arrived where I'd have to join. As a writer, it's vital to have an online presence. As a teacher, it is important for me to stay current and see how my students are communication and socialising. I was told that it was up to me how I often I visited and what I posted. I originally thought my account would be used simply about writing, but what I've learned is that it's not called social media for nothing.

I get annoyed when people use their account simply to post about their stories, sales and so on. I don't mind a bit of it, but it can't be all. And so I've had to learn the 'unwritten rules.' I think I'm getting better at it.

Twitter still eludes me, although a friend thinks I need to be there also. I've succumbed to Instagram, which I am enjoying. Again, I need to learn the 'unwritten rules'. But I'm getting there. (By the way, feel free to follow me - my account name is 'Nihilon')

As for where all this stuff leads? I have no idea. But I'm now in the 21st century, and I'm along for the ride.
Posted by Steve Cameron at 7:10 AM