Happy To Be Rejected. 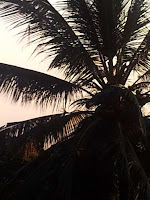 Can you get excited about a rejection? I did. It was a personal rejection from one of the 'big-three' pro markets, direct from the editor-in-chief.

I've had rejections from this market before - the standard form rejections, but this time it had a few comments about the writing and the request to see more of my writing.  Of course this doesn't mean my work will sell there anytime soon, but it does mean that for the first time my story made it past the readers. And there was enough there for the Grand Poobah to comment on before rejecting it. I see that as a victory.

On top of that I sold another story. It's a story I love, a story that had a few 'almost but not quites' from markets I want to break into. A quick rejig and it was off again to another market. And I still have two stories on hold elsewhere - and yes, (fingers crossed) I have hopes for at least one of those to be picked up.

My contributor copy of Epilogue arrived this week, and it's beautiful. It's shiny and new and I love it. My preciousssss. I've just turned the final page, and I must say it's a fantastic read. Congrats to my co-contributors. You can't really go too far wrong with a TOC that has the following names alongside my own: Thoraiya Dyer, Lyn Battersby, Joanne Anderton, Dirk Flinthart, Stephanie Gunn, Kaia Landelius, Dave Luckett, David McDonald, Jason Nahrung, Tansy Rayner Roberts, Elizabeth Tan. As Molly used to say, do yourself a favour and all that.

I'm also thrilled to have received a 5 star review for my Epilogue story, Fireflies.

Beautiful and emotive. A lovely journey that was set up well, and followed through wonderfully. I would love to see more in this world.

Snapshot 2012 is well underway, and I was interviewed for that a week or so ago. I'll post a link here when my interview appears. In the meantime checkout the previous post and get reading. Fascinating viewpoints from Australia's SpecFic community.

And I bought my own domain name. Did you notice stevecameron.com.au? And then there's Continuum 8 next weekend. A splendid time is guaranteed for all.

Does it get a whole lot better than this?
Posted by Steve Cameron at 3:54 AM

Some rejections are definitely better than others, and a personal one from the big three would be heady stuff. Congratulations!

Also, congrats with the great review. You and Thoraiya went to the top of the class. Well done. It is a beautiful story - I'd better get me a copy of that anthology soon.

Always exciting to get a great review. And yes, the personal rejection was wonderful.

I've read the entire anthology and loved it. Highly recommended - and not just cos I'm in it.

Defintely a "good" rejection. No rejection is nice, but personalised ones mean you are doing something right - especially from one of the biggies.

And, of course, nice to geta good review!

All good signs for your writing, just try and remember the little people when you are sitting in your mansion, ok? :-P