What? Back For More Punishment? 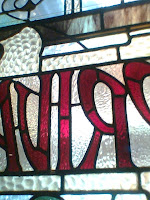 My second quarter entry for the Writers of the Future competition is almost complete.  I've been working on it, and it's shaping up really well.

I actually started it last year, but due to a number of reasons I wasn't able to complete it before the close of the first quarter.  Rather than rush the story to submit it, I reluctantly sat out that quarter. Which is just as well.  I ended up rewriting large chunks of the story and as a result it's a much better narrative.  It has better flow, the characters interact more realistically and the resolution works better.

It's about twice as long as any other story I've written, and I'm finding it's a much better length to work with. At least in this case.  As to whether it has any chance with the judges or not, I really don't know.  If my past experience is any indication, then this one won't even make it to the contest offices.  Two of my previously submitted stories I thought would do rather well ended up being rejected outright. while the one I thought wouldn't do anything at all was awarded an Honorable Mention.

So either I'm no judge of my own work, or the co-ordinating judge has absolutely no clue whatsoever.

Wish me luck with this one. (and here I was going to make a joke about hoping the judge finally gets it right - but, um, that might work against me...)
Posted by Steve Cameron at 8:33 AM

Labels: WOTF, Writers of the Future