It's A Long Way To The Top. 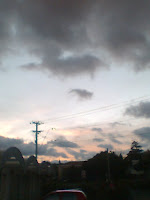 I finally got around to watching the film Anvil - the story of a band that were the next big thing in metal back in the 80s, and nothing happened. They're still around, gradually falling into their 50s, producing album after album, sounding like a lot of other bands that did make it - but circumstances, bad management, bad luck and poor choices make for a group of guys with obvious comparisons to Spinal Tap.

They seem like nice guys, and I ended up feeling rather sorry for them (while laughing at the same time). I wanted them to succeed. And towards the end of the film they have a few minor wins.  From what I've heard they've had a bit more success after the film's release, with support slots on AC/DC's North American tour.

Lars Ulrich was there on celluloid, raving about how great Anvil are, and what an influence they were on his music. It's a shame he didn't back that up by giving them the $25,000 or so they needed to record their next album with a half decent producer - or even just helping them get the finished disc picked up by a label. I'm not just having a shot at Lars, but at any of the rich rock stars that got themselves on this film by saying how great Anvil was and how much they deserved a break.

But the main thing I learned was the dedication we need to succeed. I have a long way to go, and I have a lot of work to do - but I plan on succeeding in writing.
Posted by Steve Cameron at 3:41 AM