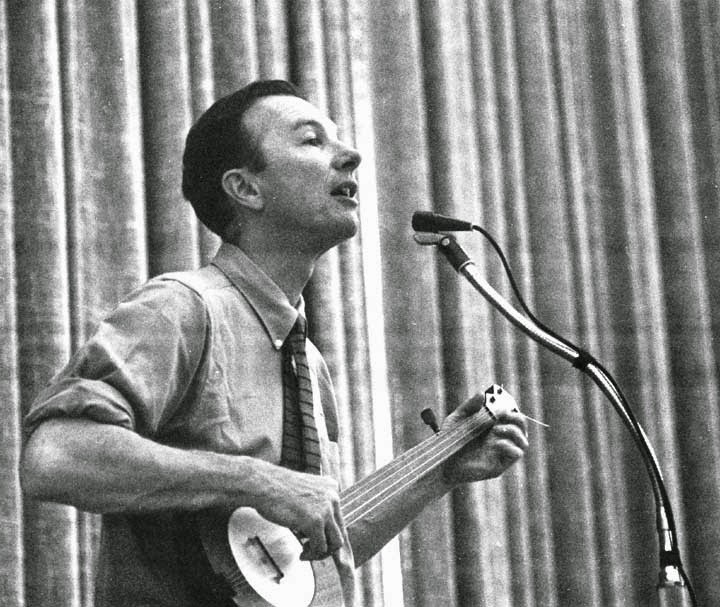 Pete Seeger has passed away. He was 94.

I first heard of Pete when a friend gave me a cassette with an Arlo Guthrie and Pete Seeger concert on it. I was already an Arlo fan, and pretty soon I fell in love with Pete and his banjo. I also realised I was already familiar with a lot of his songs.

Pete's contribution to music, the union movement, the environmental movement and the civil rights movement cannot be underestimated. His actions in the 50s and 60s, in defying the Unamerican Activities Committee, his subsequent blacklist and jail sentence, and the years he was unable to perform due to this would have destroyed a lesser man.

If I Had A Hammer, Turn Turn Turn, and Where Have All The Flowers Gone? are all Pete's. And don't forget all the stuff he did with The Weavers. Then we must remember all the traditional songs that would have been forgotten had it not been for him.

Keep on sailing up, sailing down, Pete.
Posted by Steve Cameron at 1:10 PM

Labels: arlo guthrie, if i had a hammer, pete seeger, the weavers, turn turn turn, where have all the flowers gone