Here In The Future. 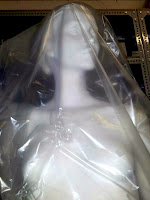 It's 2014, and we're well into the 21st century - something which still sounds bizarrely futuristic to me. When I was a kid I could barely imagine 1999, never mind where we are firmly sitting now.

I've spent some time this week with someone who is incredibly talented and creative, and this has done nothing but inspire me and increase my hunger to write. I've had a bunch of ideas, made lots of notes and I'm ready to put words on paper.

I missed a submission deadline I'd hoped to meet, but it was always unlikely it was going to be met. Life and stuff.

But there are a couple more coming up shortly for which I will be ready.

Wishing you all the best in this new year.
Posted by Steve Cameron at 11:01 AM