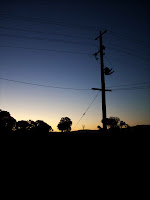 I've always found it curious that companies advertise how long they've been in existence. A store that has been running since 1758, or the ubiquitous on generic t-shirts "Since 1987", or "Established 1926" - all as if it mattered to the consumer. I mean, it's hardly the same company it once was, is it?

In some cases it's still in the same family, but of course with companies that are of some age, it's crazy to think any of the original employees or managers are still there. In these days of multi-national takeovers, the company you see is probably operated by a conglomeration based in Europe or the USA. And with companies that manufacture or sell products, it is extremely unlikely they make or stock the same products they originally did. And if they do, I can almost guarantee the recipes, ingredients and manufacture methods have changed beyond all recognition.

So why are companies so proud of their heritage? I figure it's simply an appeal to the consumers' sense of nostalgia, old fashioned values and a sense that if they've been doing something for so long, they must have got it right.

I was thinking about this recently. Steve Davidson has acquired the rights to Amazing Stories magazine, and has successfully published its first issue (in order to satisfy legal requirements over the acquisition of the brand) and plans to launch properly next year sometime. (originally as an e-publication, but I truly hope they quickly include a paper release as well) While I thought this re-launch was a good thing, a friend pointed out that it held absolutely no connection to the original magazine, although from all initial reports it seemed as though Davidson was approaching the 'reboot' in the spirit of the original. Later, we discovered that he put together an editorial advisory board that included four past Amazing Stories editors. The links to the past were stronger then I'd imagined.

But this got me thinking. Analog and Fantasy & Science Fiction aren't owned by the original companies and have both changed ownership several times. Even Asimov's, in it's short thirty-five year history, has changed owners and editors more than once. So why do we accept change in some 'institutions' and not in others? The recent debacle with Weird Tales has shown that a change of ownership does not always continue a tradition, and I suspect the brand name has been damaged more than the owners realise. Perhaps it would have been wise to have kept Ann VanderMeer as editor. I certainly have no plans to submit there until the dust has cleared and I see their new editorial direction. Other publications which have changed format or lost regular schedules or lessened in quality have completely dropped off my submission radar. The big three, as mentioned above, are my current focus.

I think it has to do with the vision. F&SF, Analog and Asimov's continue to produce quality magazines in line with a tradition. They continue to attract the best writers, the best stories and best artists. All while continuing to move with the times.

And I suspect the re-launched Amazing Stories has the same ethos. I wish it all the best.

Posted by Steve Cameron at 3:03 AM

Good luck with the big three, Steve. Whenever I'm feeling particularly brave, I submit a story to one of them, but so far, they've very nicely declined my humble offerings :)

I've tested the waters from time to time as I developed. Last submission I received a personal rather than a form rejection.

The Big 3 have always been a long term goal, but I feel I'm getting closer to that level of sale and so a sale to one of them is now my current goal.