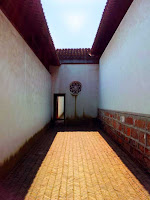 One of the downsides to social media is the frequency with which I am called an idiot, or unintelligent, or worse. Nobody has said this directly to my face, although I'm sure there are some who believe it.

For some reason, people say things on the internet they wouldn't say in public or in a face to face setting. Recently I've seen an increase in the number of people posting political, philosophical, religious, anti-religious and even comments about music, literature and movies which include a comment about the intelligence of anyone who disagrees with the poster.

No, I'm not unintelligent if my political beliefs don't align with yours, or if I disagree with certain policies promoted by a political faction, or if I don't think a particular artist or movie is the greatest ever.

I have my own beliefs, as does everyone, and they are a construct based on my experience, my upbringing, my cultural background, my employment, and my age amid a range of other factors. I choose not to promote most of them, or even discuss them in public. But I try not to presume that those who differ are idiots, or worse.

It's interesting, but I often find the people who shout 'tolerance' the loudest are the most intolerant of other points of view.
Posted by Steve Cameron at 12:55 AM