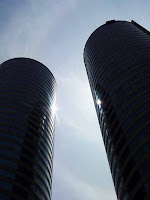 This week has been mixed.

Deck The Halls has been released by eMergent, and it looks great. My contributor copy arrived this morning. It includes my story, Softly Sing The Stars, as well as Through Wind And Weather by my fellow traveller, David McDonald.

I withdrew a story from a market after it had been sitting there for well over four months without a response to my queries. Sigh. Four months is ridiculous when Duotrope is showing responses from the same market after only two weeks.

I'm over it now and feel better. It took about two minutes.

And the other stories are still out in the wildwoods awaiting their fates.

I wish I had midi-chlorians when I say stuff like: Get on with it, editors. You know you want these!
Posted by Steve Cameron at 6:12 AM