Trying To Hit A Home Run. 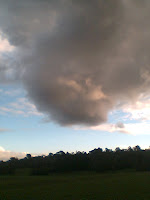 The winners of the Writers of the Future contest should be announced any day  now. Not that I'm in the mix.  My last submission was an outright reject

Occasionally I wonder whether it's simply a case of K.D.Wentworth not liking my writing style. (And please, let me be clear here.  I am not disparaging K.D. in ANY way.) As Co-ordinating Judge of the Writers of the Future competition, she's the one who decides who gets what and where each story goes.  Of course the contest is judged blind, and from all accounts (several people in the know have told me) Ms. Wentworth is simply delightful and completely professional. I'm certainly not casting any aspersions on her integrity.

I know I can write well. And I'm not just one of those writers who over-estimate their own abilities. I see that often enough with students at school where I teach Senior English. I've had amazing comments from several professional editors and writers (some are even names you would recognise) who have told me my stories are excellent. (And I know for a fact these people meant it - others around me were told very different things about their writing.) Unfortunately, the editors that have passed (and they gave me personal notes and said they reluctantly passed) did so on the grounds that my stories didn't fit their format.

But ultimately I don't have the runs on the board. I haven't sold anything yet - although I do currently have two stories on hold - one at a pro-magazine. And both of these stories were outright rejects at WOTF.

Not for a minute am I suggesting they should have won the contest - in fact I now realise that both stories had minor flaws when I submitted them. Other editors noticed some of these and with their feedback I was able to repair them with a change of around 15 words each. But I do wonder why they weren't even worth an Honorable Mention. Unfortunately there is absolutely no way of finding out where the judge decided they didn't succeed.

No judge can ever be truly objective - personal tastes will always come into play. And K.D. has recently pointed out some of the things she likes to see in stories (which is fair enough) although ultimately I would hope it's not about whether the winning stories are ones that match K.D's likes. They should simply good, well-told stories. I can certainly see where my stories didn't appeal to the judge. And having read all the WOTF volumes (1-25), I must point out the contest standard is high and has been improving each year.

I'm currently writing a story that is more tailored to the contest than ever before. It's still my voice, but the narrative seems to be one that better fits K.D's likes. Still, only time will tell.  Perhaps I'm wrong, perhaps I'm really not up to scratch - not even an HM. Ironically the only HM I received was for a story that others didn't like and even I felt wasn't up to standard.

Perhaps I should write something I hate.
Posted by Steve Cameron at 7:01 AM