Can You Judge A Book By Its Cover? 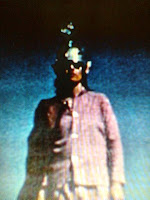 I recently broke one of my own rules.  I couldn’t help it – I was tricked into it.

Many years ago, after a couple of bad experiences, I decided I would never again buy self-published books - unless it was recommended to me by someone whose judgement I trust.  The last of those books I read actually had a page of editor's notes published in the middle of the novel – quite bizarre. But mostly the ones I’d read (I’d picked them up second-hand) were poorly written, unimaginative and, frankly, boring.  There’s a reason publishers apparently rejected those manuscripts.

Over the past few years I’ve read about some of these self-publishers, and how much it costs the writer to get his work published.  Very expensive, and lots of promises about how they’ll sell millions of them. Ultimately, they generally blame the writer for poor sales, charge even more money, then own the copyright for ridiculously long periods.  Every professional writer I’ve ever met has warned people away from self-publishing through these companies.

There have, of course, been exceptions. I believe Matthew Reilly self-published his first novel. But generally if your manuscript is good enough to sell, someone will pick it up.  Sure, you might have to persevere but publishers are in the business to make a profit. And money should always flow down to the writer, not from the writer up.

But I was tricked. The writer was friendly and confident, the cover was well designed and looked far superior to other self-publications I’d seen, it was on an imprint I didn’t recognise and the blurb read well. I figured it was a new small local press – and I’m always happy to support them. But then I opened the pages.  Blah! What a mistake! They guy can’t construct narrative or dialogue, it sorely needed an editor to lose all the commas that packed every sentence and the characters were unimaginative and cliched.

You have to be realistic about your own abilities.  Just because your Mum says it’s good, or you won a gold star for it in school, doesn’t make you Stephen King. If several publishers turns it down there’s probably a good reason beyond “they just don’t get me.”

As for me, that book is gone – and I’m now going to tackle one of the books I bought at Vampirefest.
Posted by Steve Cameron at 2:42 AM