An Hour A Day. 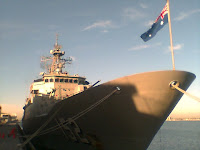 And so I'm back in the wonderful world of Jonathan Carroll. He's a magic realist (with a dark underbelly) and he reminds me of Murakami (I love Murakami too - but I've heard Carroll doesn't like his work) with touches of John Irving in there too.

He's an author I've never really heard people mention, and for the longest time I figured I was the only one who read his stuff. Recently I shared one of his books with a friend, and discovered that he loved his work too - and couldn't understand why he'd never heard of him. I fell into his work. Way back in the mid to late 80s, I picked up two of his books from a discount bin - simply because I liked the covers.  From then on I was hooked, and read as much of his stuff as I could.  When I lived in Japan during the 90s, I kind of lost track of his publishing, but about a year ago (when I was finally able to sort out my library and unpack many boxes) I worked out what I was missing and started picking up those books. Which is where I am now - reading a Jonathan Carroll I've never read before.  And, as usual, I'm loving it.

I haven't spent too much time over at the Writer of the Future forums recently. But I did notice the other day that Brennan Harvey is a current finalist. I don't know the full history, but Brennan no longer hangs out at the forums - which is a bit of a shame.  I quite enjoyed his posts. But he has a pretty cool website happening, and I wish him well with the final judging.

I'm still entering WOTF, but reading Carroll this week, and scrolling through some of Brennan's blog entries, has inspired me and spurred me on.  I realise I need to write more often - and write more words. So I've decided that as of this week I'm devoting a certain amount of time every night to get more work done.

And yes, I still have two stories on hold out there with publishers. One of those has told me when he'll get back to me (which is very very fair - it's for an anthology and the reading period is still open), the other (after many months) isn't even responding to my (extremely polite) emails.  Grrrrr.

It's frustrating, and brings you down at times. Someone told me about an editor who gets annoyed when writers query before six months, even though his magazine has a policy of a two month turnaround.

I guess he doesn't write and submit. I know I don't submit to him anymore.
Posted by Steve Cameron at 10:30 AM