To Forgive Is Divine, But Revenge Is More Creative. 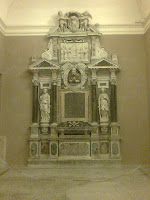 I've been thinking about karma again this week.

I know I wrote about it a couple of months ago, but certain things stay the same and certain people are rewarded for their lack of integrity. Is it fair? Absolutely not. Can I do anything about it?  Very little. Should I play the game others are playing?  I can't.

You see, something happened to me that I didn't deserve - and I found out later it was done deliberately by someone I knew.  And this someone is a person who is always friendly to me, smiles at me and chats to me.

OK, so I had moments where I had evil thoughts about this person and a large vat of boiling oil, but that's not healthy for me.  Instead I'm trying to let it go. My parents believe in the Bible, and they believe in forgiveness, and that's how they raised me. But they also believe that you reap what you sow. I'm pretty sure there's also something in that book about repaying good with good, and you'll be repaid fourfold by doing right. And if it ain't in there, it sounds like the sort of thing that should be.

Don't presume that forgiveness means forgetting.  Once bitten, twice shy and a bunch of other cliches.

Am I annoyed?  You bet.  But that's something I've got to get over - and at least I have some good people around me that think like I do.

Maybe my reward for this will come - maybe not.  But either way I know I can sleep at night, and I suspect I know a few people who can't.
Posted by Steve Cameron at 7:55 AM