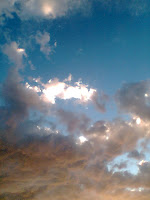 I've had such a good time over the holidays that I'm quite chilled and almost ready to return to work, but I've also been very busy and away from home (and computers) a bit. I think I even missed a blog entry last week.

And I haven't yet mentioned Continuum 6.

Usually held in August, it's been pulled forward to late February so as to not compete with Aussiecon 4. Last year I was at Continuum 5, and had an absolute ball. So much so that I immediately signed up for this one. And then convinced a friend to sign up as well.

This year's theme is Future Tense, with guests of honour Mark Pesce (futurist writer, virtual reality pioneer) and Kim Westwood (author).  Should be a great time, although I have no real idea how people are going to dress up for the ball.  Last year the theme was steampunk, which worked very well. This year - robots? Nutrient tanks?  Whatever it is, it'll be fun. And it'll be great to catch up with some fellow writers again.

Speaking of which - I've had another nibble on one of my stories.  Can't really say much more (no, it's not sold) except I received very positive comments on it. I was getting a little despondent, but it was the momentum I needed to get writing this week and to re-edit a piece I'd written and send it off to an American market. Had to switch some of those pesky little Australianisms. Funnily enough, it's still very obviously an Australian story, it's just that Mum is now Mom, and a few other changes to words like that.