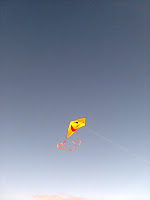 Home.  It's always great to be back in your own home, in your own bed, on your own turf.  We had a wonderful time in Europe and with the family, but home is home and it's wonderful to be here. Even with 43 degree days after the snow we had last week.  As if jetlag isn't a big enough shock on its own!

Somehow I missed Sunday's post, but it's the only one I've missed since I rebooted this blog, and I had a pretty good excuse. Twenty three hours on planes and in airports pretty much does it.

Writers of the Future have started announcing their winners for Q4. Joni hasn't called me yet, so I presume I'm not one of the chosen few. Congrats to those that have been called.  Still, I might make it to semifinal or HM status - they are still coming.  As I said before, I'm not holding my breath, as I considered this entry to be substandard.  In fact it was the first story I ever wrote, and I really only sent it in as a marker.

I've been doing a little work on my next story and I'm really pleased with how it's turning out. It has a cool premise and some interesting ideas, and this wonderful bit about ....  Ah, I can't say just in case one of the judges reads this and ends up disqualifying me.

Yeah, I've got to think confidently.  This is the story that's gonna breakthrough for me.  The judges are going to love it and I'm going to win.