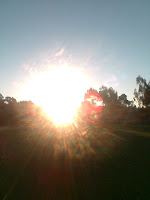 Give Harrison Ford an award for stating the bleeding obvious.

I read an article today where Harrison stated that he still loved acting, but the reason he hasn't done much movie-wise in the past decade is because Hollywood is "bereft" of ideas.

(A great word, bereft.  I first learned it in high school when I wrote a short story - the only one my teacher ever liked - and I tried using literary reference and a simile in the opening paragraph. I described stems of wheat as ranks of soldiers stripped of their stripes, and my teacher crossed out stripped and wrote "bereft".)

Anyway, I don't know whether this is something new Mr. Ford has stumbled upon, or whether he's just finally worked up the nerve to announce it, but my friends and I have been saying this for a very long time. The movies I've enjoyed the most over the past few years have been the lower budget, almost indie movies. The Hollywood blockbuster with the predictable "awwwww" ending, or the really unfunny comedy, or the unfunny because it's crass comedy, or the Sci-Fi that relies on special effects and CGI, or the action film that counts deaths or explosions as a number per minute, or the screen adaptation of cartoon/childhood favourite sitcom/old franchise remake, or anything with Will Ferrell/Nick Cage/Steve Carrell/Nicole Kidman just don't do it for me. (Nick just can't act, Nic just can't emote anymore - and Steve and Will are definitely unfunny!)

Speaking of which, I went to see Avatar. Talk about a hyped over-rated film. It's OK - just OK.  I enjoyed it for what it was, but it was very lightweight, Sure, I saw it in 3D, and was blown away by the beauty of the images and it's 3Dness, but if I'd seen it in 2D I'd have been real disappointed. The Lion King meets Dances with Wolves. Sigourney Weaver's character starts as a hard-ass caricature (demanding cigarettes etc) that softens real quick without any real reason, the military guy is like every comic book soldier you've ever seen, the science guys are every nerd's nightmare, and the company man is the bean-counter from every film made.

The next day I went to see Up in the Air.  And it was a much better film.  And just when I thought it was heading for the predictable Hollywood ending, it didn't.  Thanks.

So I'm still waiting for some decent Sci-Fi. My friend agreed with me, but said he'll continue to support these films because hopefully it'll lead to an increase in Sci-Fi films.

Or are we sending the wrong message and telling them these thin SF films are acceptable. For my money, Moon is the best SF film I've seen in the past few years.
Posted by Steve Cameron at 9:54 AM

You might appreciate this review of The Phantom Menace.....