Flash Forward Gets Lost. Read The Book Instead. 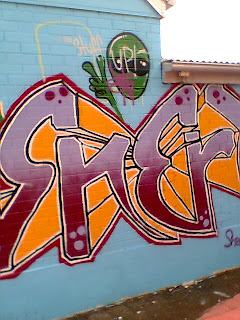 On the recommendation of a couple of people, I started watching Flash Forward.

I should like it. But I don't. Even though on paper it seems to have everything I like in a show, it just doesn't work for me. I watched a couple of episodes and found I didn't really care. The actors were pretty average, the overlying romantic arcs, the cardboard characterisation (including the 'cutesy' little kid that speaks exactly like every Hollywood writer thinks normal children speak) and the poor dialogue and unrealistic response to the whole situation became quickly annoying.

It seems to me that it became overly polished, too Hollywood.  It should have been left closer to the original story, or perhaps made into a movie.  As it is I think it's heading towards another Lost. And although I really liked the idea of that program, it just quickly fell apart and became ridiculous.

Much like 2012.  Although I enjoyed the film, most of the characters were stock-standard. I must say Oliver Platt and Jimi Mistry stood out in an otherwise unmemorable cast. Amanda Peet played herself, John Cusack had trouble working up the energy, Woody Harrelson simply channeled Dennis Hopper through the caravan-conspiracy guy from X-Files.  Even though, it was a fun ride - until the last 30 minutes when it all became saccharine, soppy and ram-down-your-throat-preachy. Love one another, group hug. Did you know that spoilt evil kids can change simply because they hold a puppy?  Awwwwwww.

But I have a lot of respect for Robert J. Sawyer, and so I went and purchased the book, Flash Forward.  And boy, what a difference to the show. I can't put it down.

But if I were to flash forward, I wonder what I would see. I know what I'd like to see, but as many of the characters in the book soon discover, I think we're better off not knowing.

Unless I become a famous, rich, well respected author who has a successful show to my name.  Much like Flash Forward.
Posted by Steve Cameron at 5:38 AM

So you're FINALLY taking my advice re Robert J Sawyer. I could have loaned you Flashforward - have had it for years. Great book. Let me know what other Robert J's you want to read and you can borrow to your heart's content.

I took your advice a long time ago - and went out and bought five Sawyers.

It just so happens this is the first one I've had the chance to read - and even then I had to bump it up about 30 spots in the queue.

You've had it for years? You trendsetter, you.

You gotta read the Quintaglio trilogy next - awesome. Maybe some holiday reading? I cast a shadow in your presence.....