Still Waiting For The Phone Call. 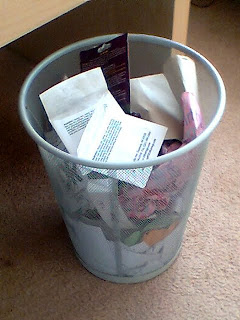 I never did get the rewrite of my current story completed in time. I had a couple of days to go before the end of the quarter for Writers of the Future and decided the story was too good to rush.

There are some unusual ideas in there, and I had another idea that I wanted to work through the story.  I felt that if I waited and spent my time writing and polishing the story, I'd end up with a better piece.  And so I dug up an older story and sent that off instead. A few reprints ended up in the waste paper bin as I made a couple of minor changes, but after some re-reading I deleted those alterations. In the end I simply added one sentence.

I don't anticipate a win from the story I submitted, but then again you never know.  I recall Jordan Lapp thought that of his last entry and it went on to win the quarter. Writers are often the worst judges of their own work. This is a story I quite like, although I've had mixed comments from others. Who knows though, this could be the unexpected one that finally connects with the judge.

Third quarter results have started appearing on the WOTF site, and I know for a fact a couple of finalists have had emails and phone calls. Either Joni has lost my number or has been too busy to call me. Surely my last entry was worthy of at least a semi-finalist?

Seriously, I don't like my chances for this quarter. I figure if I haven't heard by this stage, I haven't won. Now I'm simply hoping for another Honourable Mention. The last group of these should be posted by the end of this week. I know there's nothing shameful about a HM (in fact, it's a positive), but it's not what I'm aiming for either.

So that'll be another story to send out to the mags. And then it's back to my desk to finish off my Q1 story in time for the end of December. Now that one will win.
Posted by Steve Cameron at 11:44 PM