Life In The Future. 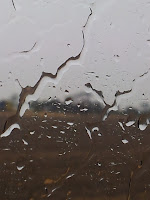 I was teaching one of my junior classes last week, and once again it hit me exactly how much has changed since I was in their place.  And I mean that quite literally.  I was a student at the school in which I currently teach.

My students live in a digital world. They have different social behaviours, pressures, expectations, forms of relaxation, hobbies, attitudes, knowledge and values.  Not wrong, just different.

When I was younger, much of the SF predicted a future with rockets, jetpacks and hovercars. Most of that stuff has yet to come true, but I suddenly realised this week that stuff is the superficial stuff. It was the stuff those earlier writers extrapolated from their current technology. But what was more important was how humans lived, interacted and behaved - not their methods of transport.

Over the past few years there has been an increase in the amount of fantasy read by my students against the amount of science fiction. And I have a theory for this. When I was a kid, worlds with robots and rockets were the unreal - an escape from my everyday life. Now, in a world where we have robots, vast quantities of information at our fingertips and craft on other planets, none of the science fiction I read as a kid is an escape for my students - it's their world.  Fantasy, on the other hand, is an escape for them.

Of course the big difference between me and them, now and then, is that we had a better soundtrack.
Posted by Steve Cameron at 7:01 AM