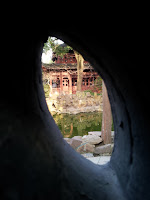 We're a couple of months into 2013 and I'm coping without Duotrope.

For those late to the game, Duotrope is a market and submission manager for writers. I've used it for the past couple of years and made every effort to ensure my statistics were accurate. I've even donated money to the project.  As of January, they have decided to operate on a subscription basis - no pay, no access.

While I fully understand the operators' need to do this, as well as their right to run the site any way they see fit, I was disappointed at the cost.  $50 a year may not seem like much, but if I were to tally my writing income over the past four years and deducted an imagined $200 Duotrope cost for that same period, I would have spent about as much  on Duotrope as I'd earned.

Yes, I found it useful, and yes, I might join up once my earnings become somewhat more than they are now. But so far I've been able to find everything I need elsewhere online.

Diabolical Plots run an alternative, The Submission Grinder, that seems to borrow heavily from the Duotrope layout. The only downside is it doesn't have anywhere near as much information or useable data yet. Hopefully that will improve as time goes by.

Please, I am not attacking Duotrope for their decision and practices. I'm simply disappointed that I can't justify paying the charges they have set.
Posted by Steve Cameron at 12:28 AM