I Remember When I Was Young. 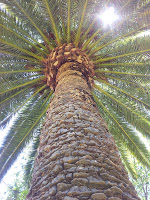 When I was younger and the world was still black and white and dinosaurs ruled the earth, I used to venture out on the weekend to see live bands.

There ain't nothing quite like the feeling of watching musicians on stage and letting their music flow over you. Several bands from that era stand out in my mind. Tinsley Waterhouse Band was a group of blues players. They were the first band I ever saw where I recognised the rhythm section locking in - drums and bass thumping and driving the whole thing. Another was Reverend Blues and the Blues Messengers. John Santos (ex-Kush) was their musical director, and boy, did they have a great horn section.

Around the same time I used to head down to Carlton to see Tansey's Fancy, a Sydney group who specialised in folk. I suppose now it would be called Medieval World music.

None of these ever became household names, although I recently learned Mara from Tansey's Fancy is still performing, teaching and is doing quite well. But these are the artists who defined that period of time for me.

I've seen Collard, Greens and Gravy a few times (and they are excellent) but generally I'm out of touch with the live blues scene. Are there any great blues bands playing in Melbourne these days?