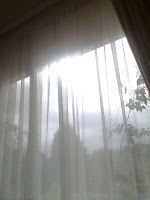 I had a conversation with another writer this week about the process of submitting and getting published. Standing with us was a non-writer, who seemed genuinely surprised at the long delays, non-allowance of multiple submissions and general difficulty we have in selling stories.

The delays were extremely frustrating. And I suppose I could have pulled it earlier each time, but I was given hope and encouragement on each occasion that made me think it was worth leaving there.  What I found most frustrating, however, was the lack of reply to my enquiries each time. I finally sent four enquiries (two to each of the longer submissions), each a month apart, and each extremely polite.

And I never received a reply to any of them.

Now I understand the editing process is a long process, but a simple response after that amount of time would have meant a lot to me. My non-writing friend was amazed, and suggested we should just ignore those guidelines and submit to as many places as we liked. If the editors want my story, then they should claim it quickly or lose it. (Of course this presumes my writing is such that editors want it.)

At first I could see the thought behind this, but after I considered it for a while I realised this would work against beginning writers, as publishers' in-boxes and in-trays all over the world would be stuffed with submissions. My sub, with my unknown name, would be sat at the bottom of a very big pile every time, with known writers getting snapped up before others could get them.

It's easier just to vote with your stamps. The above mentioned mags don't receive my subs anymore. If they can't be bothered even replying to my polite enquiries, then I don't wish to deal with them. Anyway, the best way to get your stories snapped up is by writing quality stories. That's the direction I hope I'm heading in.

And of course I have this fantasy running in my head where one day, as a famous guest-of-honour at a con, an editor asks me why I never submit to them.  I smile, and explain I did...