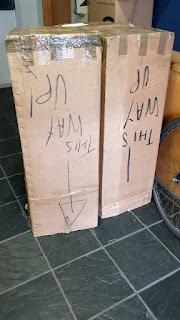 I've been working on a story.

True, it's a rewrite rather than a fresh story, but it's a major rewrite with restructures and plot changes. And a fairly interesting change to the ending. It's also writing - something I haven't done for enjoyment for a long while.

Most of my writing over the past few years has been academic in nature, as I undertook further studies. But that's now out of the way and I'm in the right place and space to be creative once more. I have this story I like. It's had some close calls, and last year I subbed it last minute to an anthology I wanted to be part of. They held it for a very long time, and it was only cut at the 11th hour. So eleventh hour that I woke up and saw the TOC in an announcement before I checked my emails to see the rejection.

It was a lovely rejection, and very positive, but disappointing, of course, as I had hoped to sell to this particular publisher.

But a month or so later I revisited this story, just to read it, and realised I had not sent the latest version. Also, it contained a few embarrassing errors.

But this story is now rewritten, and although I thought it was a fine piece before, I feel it is all the better now.

And so it's back into the internet to find a suitable market. I have a couple in mind. But before it goes anywhere, I'll wait a week and give it another read.

I mean, I wouldn't want to send out a story that contained too many mistakes now, would I?

Posted by Steve Cameron at 3:38 PM