Words Are Flowing Out Like Endless Rain Into A Paper Cup. 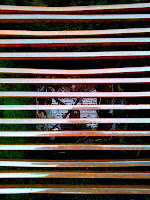 The piece I mentioned I've been struggling with has now been put on hold. That story will still happen, but it's been difficult to get going and even though I got some words down, I'm not really happy with them. Instead I've moved onto another story.

Last week, while walking the dogs, I was throwing around a story title that I'd discovered while I was in China earlier this year. And I was suddenly hit by a narrative idea that matched it. As soon as I got home I sat down and typed up 1,000 words without any effort. Clean words, that will require little editing or rewriting. And the process since then has remained as easy as that. This is going to be a good story. I can feel it.

I don't think I could have written this story a year or so ago. I wouldn't have known to include the elements vital to make it work. It feels like I learn new truths about writing almost daily. Even this morning, I had one of those 'hit yourself on the back of the head' moments. D'oh!  While reading a short story, I recognised an obvious aspect of writing that's been missing from my own work. And of course it is something that had been mentioned to me previously, but that I hadn't really 'got'.

Ah yes, I'm quite optimistic about my writing future at the moment. How's your writing going?
Posted by Steve Cameron at 3:46 AM