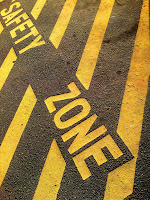 I'm supposed to be at a meeting right now. The last committee meeting before Continuum next week. Unfortunately I never made it. Instead I spent three hours in the car park at the local supermarket trying to get my car started.

It was the starter motor that died. I did what I could, which admittedly isn't much. I checked all the things I thought it might be. The relays, the inhibitor sensor, the battery connections, even the battery in the key and the ignition switch connectors. Finally I called the RACV.  It took a little while for the mechanic to arrive, but he soon solved the problem and got it going. The car then went about 20 metres before it died again. Fortunately he was still around, started it again and then followed me most of the way home.

But now it's far too late to head to the meeting. By the time I arrive it would be in its death throes, and there's no guarantee my car would even make it there.

So I'm writing this instead.

Another rejection last night. Positive comments, and I can see why they didn't take it. A quick rewrite and it will go out again.  I have no doubts this story will sell.  It's just a feeling I have about it.

Facebook still hasn't responded to me. I've now taken the ironic step of sending a snail-mail to one of the world's largest and best known internet companies because there is virtually no way to contact them by email.

Unlike Alannis Morissette, it really would be ironic if this works.

And then it's back to work in the morning. I have my performance review tomorrow, so I need to look and feel my best in order to impress my bosses.

Maybe I'll just bring chocolate instead.
Posted by Steve Cameron at 4:49 AM