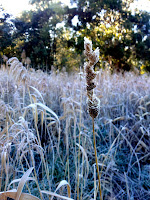 There's been a fair amount of chatter about the GOH speech given by N.K. Jemisin at Continuum 9. I've seen a variety of comments on the net. I fall firmly on the 'praise' side of the fence.

I was at the speech, and I'm glad I was. It was powerful and I was emotionally moved by it. And if you weren't there, you should read it. And hopefully someone has video or audio of the entire speech. (I've heard there's a copy that's missing the first couple of minutes.)

I've written before about recognising our Australian SF heritage. And I've read a couple of histories of the genre's history in Australia. So yes, I realise that our heritage consists of more than the post-war male authors we hear so much about. (Not that they aren't part of our heritage, but they're not the be all and end all.)

I've looked at Aboriginal mythology, although probably not as much as I should have, and I've read a little current SF by Aboriginal writers. I probably don't know enough about the cultural diversity of the Australian writers whose work I currently read. I'd certainly be interested in learning of any Aboriginal SF authors (past or present) whose work I've missed.

I chose not to actively participate in the Australian Women Writer's Challenge, not because I don't think it's an excellent promotion (which it is), but simply because I read so much work by Australian women authors anyway. I would suspect women authors comprise around 60% of my reading.

I read a lot of writers from other cultures and ethnicities. In the past six months I've read work by authors from Japan, Sri Lanka, India, China, South America, the U.S., Canada and New Zealand, as well as European countries, and, of course, Australia.

I don't actively search out these works, unless it's a country I'm planning to visit, but try to read as widely as possible. I don't really know whether any of these authors have disabilities, or what colour they are, or sexual orientations, or even, in some cases, their gender.

And ultimately it doesn't matter too much. I'm simply looking for great storytelling from a range of viewpoints. Diversity, in all its beauty.
Posted by Steve Cameron at 2:30 AM