What Is The Measure? 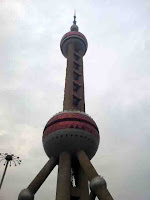 Anyone who reads these posts regularly would be well aware that I am a strong supporter of small press, particularly here in Australia. I truly believe they are publishing some of the most interesting pieces around at the moment. And, importantly, they provide opportunities to emerging writers like myself.

I'm fortunate enough to have sold my work to Tasmaniac, FableCroft, eMergent and Coeur de Lion, amongst others, and I have other publishers, such as Ticonderoga and Twelfth Planet on my hit list.

It's an amazing experience when you see a TOC with your name listed among name writers. I'm thrilled to have work sitting alongside Kim Westwood, Robert N Stephenson, Richard Harland, Thoraiya Dyer, Alan Baxter, Margo Lanagan, Sean McMullen, Jason Nahrung, Lee Battersby, Brendan Duffy, Cat Sparks, Robert Hood, Simon Petrie, Brendan Duffy, Jason Fischer, Patty Jansen, Lyn Battersby, Nicole R. Murphy, Tansy Rayner Roberts, Dirk Flinthart - and those are only the writers whose work I previously had sitting on my bookshelf. Many are names I'd only heard of until a year or two ago, yet now I've met some of them and am starting to build a friendship.

So why is it so difficult to get anthologies reviewed when they contain names like this?

Keith Stevenson, publisher and editor at Coeur de Lion, recently posted lamenting the lack of recognition his fabulous anthology, Anywhere But Earth, has achieved. With the quality and reputation of many of the writers on the TOC, and the international critical, award and commercial success afforded his previous publications, such as X6, it's incredible that the book seems to have disappeared with little more than a blip on the awards and review landscape.

The Australian Spec Fic community is healthy. There is no doubt of that. There are many emerging writers, an 'old-guard' that continues to be produce fantastic work and is supportive of us 'newbies', and a number of small presses pushing boundaries, taking risks and being inventive.

Stevenson (and others I've spoken to) don't do it for profit. From my understanding most of these presses lose money with every publication. It would be a shame for us all if it became so untenable that they were to either reduce or stop production all together.

Post a review on GoodReads, Amazon, anywhere else you can. Promote and support the community.  It needs us all.
Posted by Steve Cameron at 5:01 AM