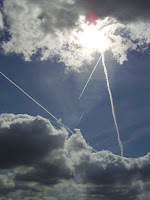 Last week someone asked me about my influences. I know there are certain writers whose work has consciously influenced me, but there are many more who must sit in the deeper recesses of my mind. But just for interest I thought I'd list a few whose writings have meant something to me along the way. I  haven't read many of them for years. Sometimes it's best not to go back.

Enid Blyton. You might laugh at this one, but as a young child I was hooked on the Famous Five adventures and The Faraway Tree. None of her other writings worked for me, but the sheer adventure and mystery of the five, plus the darker fantastical elements of the tree resonated within me.

Capt. W.E. Johns. I don't know how young I was when I first encountered Biggles, but I know I read his stories for years. Great characters and exciting adventures in wonderfully exotic settings. There's even a biography of Biggles, as though he was a real pilot.

John F.C. Westerman.  Until a few years ago, I'd only ever read one book by him. My grandfather gave me Bringing Down The Air Pirates. A SF novel, although the adventure side was similar to Biggles. I finally re-read it a year or two ago, and still enjoyed it. I discovered there was a sequel. It wasn't as good.

Ed McBain. The pen name of Evan Hunter. My uncle introduced me to the 87th Precinct series when I was a teen. I loved them. Excellent police procedurals. And characters that I recall connecting with.

Giovanni Guareschi. An Italian writer from the 30s and 40s who wrote wonderful little short stories, almost vignettes, set in a small town in Italy, and highlighting the ongoing battles between the catholic priest and the communist mayor. My father had a couple of Don Camillo books and I devoured them as a young teenager. I've recently introduced his work to a good friend, who absolutely loves it.

Ngaio Marsh. A New Zealand writer who wrote murder mysteries - and for my money they were much better than Agatha Christie. I recently read a biography on this remarkable woman. I might actually delve back into some of these,, when I find time.

Isaac Asimov. The first of the real SF writers I can recall encountering as a teenager. I think it was the Foundation series - and that's not a bad place to start. Perhaps not the best writer, but full of original and intelligent ideas. Plus the 70s Panther editions had those wonderful Chris Foss covers.

Robert Silverberg. The second real SF writer I read. Tower of Glass I think it was. And then I kept buying and reading his work. I love his short fiction also, and in the 80s I was thrilled when I started on the Majipoor series. I met him at Worldcon, told him he'd been a huge influence and shook his hand.

Philip K. Dick. I don't remember when I bought my first PKD book, but I'm pretty sure it was Time Out of Joint. He quickly became my favourite, and I think I own everything by him. And I love introducing him to others.

Jonathan Carroll. Dark weirdness with elements of magic realism. I picked up two of his works in the late 80s. I needed something to read, the covers intrigued me and they were in the discount bin outside a newsagents. I was hooked.

Haruki Murakami. When living in Japan, a friend bought me one of his books as a Christmas present. Shortly after I rushed out and bought everything else that had been translated. Many years later and that friend is now my wife. She has such good taste.

Katherine Mansfield. Another New Zealander who died far too young and left us far too few short stories. And yet every single one is an absolute work of art. I was introduced to her in University, and I read and re-read her works every year or so.

And then, throughout the 70s and 80s, there was a string of SF writers whose work I read over and over and absolutely loved. Perhaps the only reason they're not listed in the main section is that I just happened to pick up Asimov and Silverberg first. But I need to include the works of Michael G. Coney, Christopher Priest, Christopher Stasheff and Douglas Adams. Followed closely by Robert Sheckley, Bob Shaw, Ian Watson, Jack. L Chalker, C.S. Lewis, Julian May, Stephen Donaldson, and....  well, there are just too many. And I know tomorrow I'll kick myself for leaving someone off the list. Somewhere along the way all these writers, and many others, have infused my mind.

Who do you acknowledge?

Posted by Steve Cameron at 6:05 AM