This Week Had Seven Days. 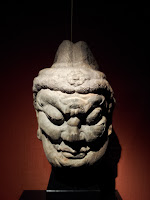 I had parent-teacher interviews on Thursday night which does not, as someone recently said, mean you get to just sit down and chat. They take a lot of preparation, and there's always the possibility of aggressive or hostile parents. Fortunately the parents that came to see me were fine. The ones I needed to see never came.

I also finished my university assignments and submitted those. Since I was overseas for a few weeks, I had quite a bit of catch up reading and writing to do. But they're done now and out of the way.

Jack Dann's writing workshop continues full steam ahead. During the week I somehow found some time to read and critique the stories for yesterday's class. Some nice moments and some good writing, and a couple of stories I'd like to see developed further. And I learned quite a bit. I'm already re-imagining future stories in my head to make them tighter. This course is doing exactly what I hoped it would.

There was a Ditmar nomination a few days ago, and I'm thrilled by that. I'm also very appreciative of the comments made and emails people have sent me. Especially since some of those came from writers whose work I had on my shelf but had never met only a year or so ago. Thanks. I currently have a couple of stories on hold, which I was hoping I'd have had more news about by now. Many friends (or at least writers I know) have been nominated for awards, which is always exciting.

All I need is some time to write some new stuff.

The sun is out and the sky is blue. My new audio system sounds great. I'm enjoying my work (apart from parent-teacher interviews) and my dogs are fine.