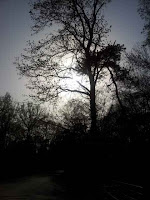 I've recently been amazed at some of the stories I've read in Analog, Asimov's, and Fantasy & Science Fiction. Not at the quality - quite the opposite. I was amazed they made it into the pages of the big three.

Sure, there's been some great stories too. But recently it seems as though the quality in those magazines has become increasingly inconsistent. At first I figured it was just a matter of taste, that the stories I thought were average were simply stories I didn't like. But when I analysed those stories, I discovered they contained a number of aspects that only a beginning writer should be guilty of. Lazy writing, infodumps, irrelevant scenes, corny dialog, and ridiculous coincidences pulled out of the hat at the last minute. And considering these mags receive hundreds of submissions every month and can pick and choose to their heart's content, it either says something about their selection process, or the scarcity of good writing out there.

What I am starting to realise is that some of the best stories around are, instead, to be found on  the pages of anthologies from small presses. Coeur de Lion, Twelfth Planet, FableCroft, Ticonderoga, to name a few Australian ones. Unfortunately, these publications don't get the exposure or respect they deserve.

Locus magazine continues to review every story in every issue of the big three (plus a swag of other pro mags) while ignoring so many smaller ones. While I understand they obviously receive far too many books to read and review, I would suggest that it's the 'other' magazines and anthologies that actually need the support of Locus. The big three are going to sell those issues anyway - particularly since the reviews usually come out well after the mags are off the news-stands.

Keith Stevenson, of Coeur De Lion, for example, recently lamented the difficulty he has in getting his books reviewed. And, of course, if books aren't reviewed and seen, they don't sell, and then they don't get placed on recommended reading lists or awards shortlists - no matter how good they are. Stevenson's Anywhere But Earth has received fantastic ratings and reviews on Goodreads, but has barely raised a blip elsewhere. And this is despite his previous anthology, X6, being placed on the Locus recommended reading list and winning a number of awards.

I was a little surprised recently when a local reviewer told me they had trouble accessing release information on local small press anthologies. I wouldn't have thought it was that difficult. 'Like' their Facebook page, regularly visit their web page, subscribe to a newsletter - whatever.

Support your small publishers, and tell others.

Posted by Steve Cameron at 7:22 AM