Wabbit Season? No, It's Awards Season! 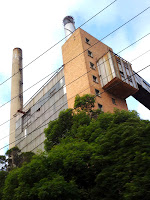 Yep, we're right in the middle of awards seasons.

The Aurealis Awards are judged by panels, and are (hopefully) awarded on the merit of the work. Ditmar Awards (national) and Chronos Awards (state) are voted by conventioneers.

So just how much is a writer supposed to tout his or her own work?

I know of some writers who push their work quite a bit, while others sit back and just hope they are noticed. I'm eligible for So Sad, The Lighthouse Keeper in the short story category, and for my reviewing in Dark Matter in the Fan Writing and Review categories. I've tried to mention the awards only once or so, and pretty much simply to remind voters I'm eligible (anyone in fandom can nominate). And then I sat back and hoped for the best.

The Chronos Awards, being state awards, are drawn from a fairly small pool of writers. I've also seen some criticism of these awards - suggesting they are given for popularity, or voted on by certain blocs. Already this year I've heard someone say they have nominated someone they like, without having actually read the work under consideration. That's just something we have to accept, and realise that this will occur from time to time. While this is obviously not in the spirit of things, it's the way things are. All we can do is is promote the awards, get more people to nominate and vote, and encourage voters to vote on the merits of the work.

I'm not going to be heartbroken if I'm not nominated. Awards, in the end, don't always reward quality work or success. But they can be a sign of recognition and give some validation. And I love the look of the Chronos.

It would look mighty handsome sitting on my desk.
Posted by Steve Cameron at 12:46 AM