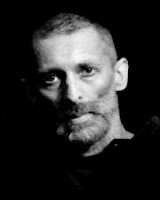 It is with great sadness I write of the passing of Paul Haines after a long battle with cancer.

I was fortunate enough to have had Paul as my writing mentor through the AHWA. It was during this mentorship we became friends, sharing an interest in not only writing, but music. In particular, XTC - a band Paul loved and occasionally included in his stories.

Late last year, when it became obvious Paul would not be with us much longer, I decided to write to Paul - a long letter telling him exactly what he meant to me and the influence he's had on my writing.

Paul was gracious enough to take the letter in the spirit it was meant and wrote me a long response that I will always cherish.

Paul Haines will be missed.  The Spec Fic community is just that little bit less now.

My thoughts tonight are with Jules and Isla.  And Paul, I wish you safe travels.
Posted by Steve Cameron at 10:17 AM