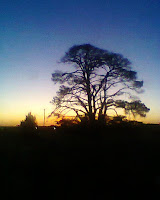 I must admit to having been disappointed recently by some of the magazines I've read.

As a subscriber to both Analog and Asimov's, I'm fairly familiar with the types of writing they publish, although I must say I generally don't find Analog to be as science based as they try to make out. The past few issues of both magazines, however, have contained stories that I'm surprised they accepted. Not only were a couple of them twee and pointless, but several contained examples of the cliches, infodumps and poor writing that I would have presumed would have rendered them as rejects. I found a couple of the stories in the bumper double issues long, boring, and a real slog to finish.

It actually made me wonder why my last submission to Analog was a form reject.

On the other hand, it's been a joy to revisit old friends. I picked up a Christopher Priest novel, one I thought I hadn't read. As soon as I was a few pages in, it seemed strangely familiar, and I realised I must have read it many years ago.  But more than that, I fell in love with his writing all over again. And now I'm going to dig out some of his other novels that I haven't opened in twenty years or more and read them.

I also found a short story I've been looking for. I couldn't remember the title or the author, and I've scoured my book collection over the past few years without success. Turns out it was a book I must have overlooked, because it's another old favourite, Robert Sheckley. And then I read a JG Ballard novel. Another whose writing I love.

Next will be Bob Shaw, Michael G, Coney (another favourite) and Ian Watson.

It's great to keep up with the latest and greatest, but don't forget the masters.
Posted by Steve Cameron at 3:29 AM