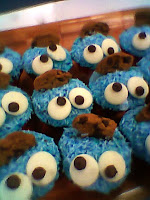 As a teacher, you have to be careful in what you say and do.  The kids are always watching, and they'll comment on your clothes, your shoes, your hair.  They'll mention that they saw you in shops, buying certain products, looking at particular items. They'll tell you that they noticed you with certain people, going into the movies, at restaurants.

One day, a couple of years ago, I had an idea. So I wrote a story around it - a kind of Beatles influenced, Christmas, 1969, romantic ghost story set in Australia where December can be 40 degrees celcius.

And then I needed a title.

I stole Ghost of the Heart from a song by Daniel Amos. And then the story sold, after a few rejections, and was published in Festive Fear, a limited edition anthology from a small press.

But someone must have seen it. I'm still thrilled to be included in the Recommended Reading list for 2010.

Since that happened, I've had emails and texts from people - some I never expected.

As I said, you never know who's watching.
Posted by Steve Cameron at 1:28 AM