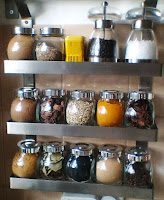 Once before I've written about how much I'd love to see Andy Partridge get together with Terry Scott Taylor to produce the perfect album.

Terry is currently on tour, and if I had the money I'd bring him down under to perform. He's one of my greatest idols, but I've never had the chance to see him perform in any of his incarnations. (Daniel Amos, The Swirling Eddies, The Lost Dogs or solo)  He doesn't tour that often (although vastly more often than Andy Partridge who hasn't really played live since 1982) but rarely plays outside the U.S.

This afternoon I decided TST was precisely the music I needed and so I found myself completely lost in A Briefing for the Ascent.  Although I know exactly how wonderful this disc is, the truth is I haven't played it for a long time. A Long, long, long time.  In fact he covers Long, Long Long, the vastly underated George Harrison song from the White Album.

Long, Long, Long is an amazing love song.  It is, in fact, the song I chose to have played at my wedding. And although TST's version is a completely faithful clone (right down to the drum fills) it works amazingly well and sits perfectly in the concept album that is A Briefing for the Ascent.

It's the start of the school holidays for me.  Two glorious weeks off without worrying about the kids, and a much-needed chance to recharge before the final term for the year. I've promised myself the next two days to spend entirely on writing, but this afternoon was relax time. A glass of Marlborough Sauvignon Blanc in hand, my wife doing some gardening, a Nepalese Keema Curry on the stovetop and Terry's wonderful album playing (loudly)  in the background, I had the most delightful time.

Life doesn't get any better than this on a mild Sunday afternoon.
Posted by Steve Cameron at 7:27 AM